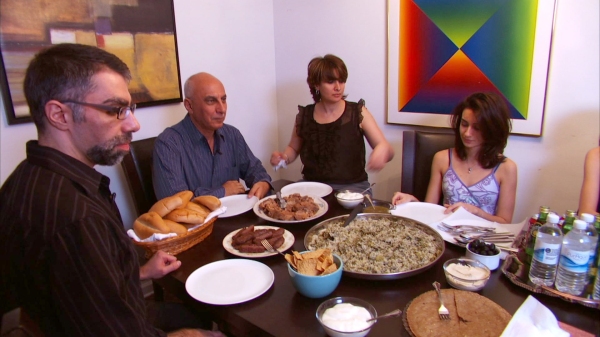 Life changed for everyone on 9/11. The world changed for the worse in one horrific morning. American Arab (2013) takes a look at the way life is for a group of people who were effected more than most that day.

There is a deep questioning of identity at the heart of this film that is not something I am really familiar with. I am for all intents and purposes, ‘Australian’. My father’s father was a migrant, but strangely it was something that we never really spoke about or acknowledged. I’m not entirely sure why that was. And now I am questioning my identity like I said was totally foreign to me. But the rest of my family have been here forever, some of them were convicts booted from the motherland for some pitiful crime or another. Director Usama Alshaibi’s family immigrated to America from Iraq and as such were well and truly subjected to the tide of anti-Islamic sentiment that swept across America (and most other ‘Western’ countries) in the wake of 9/11. A tide that has really continued unchecked to this day and seems to be gaining steam in my country over recent weeks. Being a migrant must bring about a deep interrogation of identity even without this additional aspect, but it is surely heightened in the face of it. 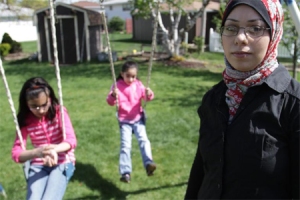 A lot of the craft on display in the film is a little crude. There are interview setups for example where you can plainly see the interviewer in the reflection of the hotel room glass. Little touches like that are a bit distracting. The other main criticism that could be levelled at American Arab is its lack of overarching thrust, or thesis if you want to use that term. There are plenty of really interesting and enlightening individual stories in the film. But they do not coalesce into a greater whole. There are hints of how this could have been done better. The (brief) examination of the effect that racist stereotypes in film has on people belonging to those races, hinted at the broader overarching American Arab experience that I would have loved to have seen explained more. Similarly there are some other good points raised, but too briefly. The fact that people of all races should be allowed to be complicated, not just put into narrow pigeon holes based on a single aspect of their person is another such example. Would have loved more of these kind of examinations of shared experience. That shouldn’t take away from some of the strong positives of the film though. Some of the personal stories, especially that of Alshaibi after he is beaten up in a racially motivated attack, are really enlightening. Especially for me as someone who has never been subjected to anything similar. It starkly illustrated the personal impact of racism and hate crimes that I can imagine, but not experience

Verdict: In the end, American Arab succeeds well as a collection of interesting insight and anecdotes of the life of an Arab American. It is perhaps a little less successful though at presenting a fully formed vision that we have come to expect from cinematic documentary. But at 63 mins, it is worth taking the short amount of time it takes to learn a little from some of these personal stories. Stubby of Reschs

Related beermovie.net articles for you to check out: SUFF 2014: Nova Express and SUFF 2014: Freeload.