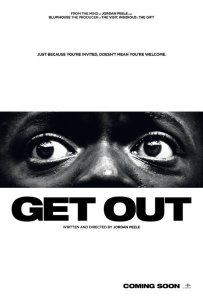 Get Out (2017), the most hyped horror release of the year, emanates from an unlikely source – Jordan Peele of Key and Peele sketch comedy fame. On the basis of this first directorial effort, even though he initially seemed like an unlikely horror maestro, let’s hope he has a bunch more ideas stashed away because I want to see them all.

Peele has talked of being a horror fan and you can see the affection for the genre early on. A bunch of clever allusions to classic horror plant the seeds beautifully for what is to come – the unfriendliness of suburbia, a boarded up basement, psychologists with ominous skills. The film also uses (very clever) jump scares early on to put the viewer firmly on edge. This is very effective because even the ‘straight’ plot that unfurls early still just feels a little off. Adding in these sharp moments of terror only emphasises that feeling. But for all this riffing, the romantic weekend away to meet your girlfriend’s parents feels like a unique setup. Especially given how genuine the relationship between the two leads feels. And the traditional family history aspect to the film’s setup is given a wrinkle when a family anecdote about a beloved grandfather being beaten by an African American sprinter is recalled. The nature of the threat in the film evolves and escalates from a feeling of not being quite welcome, to more overt forms of mental and physical control.

Someone on my facebook posted that they were now scared of white people after watching Get Out. After my initial shock that this person was only now becoming scared of white people, I began to feel that it was a pretty decent distillation of the movie’s thematic concerns. Or concern, because racism (though different dimensions of it) is really the full focus of what is taking place, and there is a whole lot to break down on that level. Peele examines racism in the film in both subtle and more obvious ways. Which is not to say the latter are bad in any way. One of the film’s best sequences is where the film quite directly invokes notions of African Americans being property and the way that racist mindset classically manifested itself. Even just from an optics point of view, the film abounds in scenes of many white people in the frame with a single African American person. In addition, the intersection of class with racism is a focus as the film takes place in a very upper class environment. Here Peele skewers the notion of reverse racism with the most privileged lamenting some perceived physical or societal advantage being held by people of colour generally. The film never stops to make any of these points, nor does Peele needlessly draw attention to them. They are not hidden away but are organic to the story, and frankly organic enough to contemporary society that they never jar. 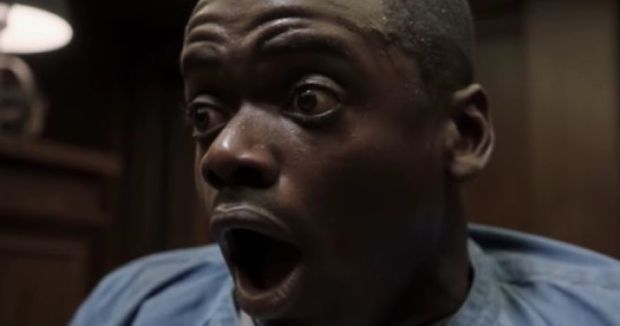 So much of what Get Out does well is as a result of the script, which juggles a lot of different elements very well. The racial themes are incorporated into and reflected by the plot. And it also brings to life both very grounded and quite supernatural forms of horror, without either jarring. Unsurprisingly the film uses humour well, with some very funny moments lightening the mood but never undermining it or the very real horrors of the film. There’s lots of humour but the film is in no way a comedy. Peele is adept enough behind the camera to scare the viewer in different ways – slow creepiness and visceral fast jump scares accompanied by a burst of noise. Both of these scared the shit out of me at different times, usually accompanied by the incredible atmosphere of the score, which is adept at accentuating the two very different types of horror. The performances across the board are excellent, especially from the leads Daniel Kaluuya and Alison Williams, as well as LilRel Howery as a comedy relief TSA agent. In addition to those, Catherin Keener and Bradley Whitford pull off tricky, key supporting roles as Williams’ Rose’s parents really well.

Verdict: This is an incredible film. A thematically rich riff on classic horror from a voice that feels totally new. It’s also fuckin terrifying, always a good selling point for a horror flick. It’s also one of the first screenings I attended where there was a genuine spontaneous outburst of applause during the film, which was very well earned. Longneck of Melbourne Bitter

Related beermovie.net articles for you to check out: Raw and Scream.

These just keep getting later and later. February was a veeery up and down month for me. I’m a pretty happy dude, so it’s not often I see 12 films I don’t like. But there was also plenty of stuff that I really dug too, and a really diverse range of cool films too. So hopefully something in here everyone will like. 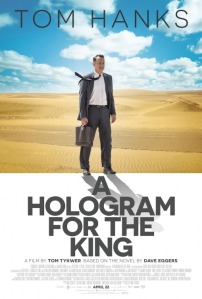 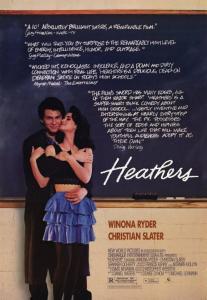 If you only have time to watch one Whip It

Avoid at all costs Sausage Party