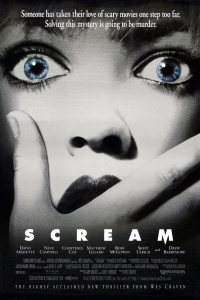 Wes Craven and the slasher just go together and he is probably the most creative exponent of the subgenre we have ever seen. He combined the prototypical teen slasher with supernatural elements in A Nightmare on Elm Street (1984), went meta with the same series in New Nightmare (1994) and even his lesser efforts such as Shocker (1989) or My Soul to Take (2010) toy with the genre in some way. However of all his films, it is Scream (1996) that is his most radical reinterpretation of the formula.

From the very start, Scream is about the dual goals of expressing a love for slasher films as well as delivering a bloody good one. The film opens with Drew Barrymore’s character just about to watch a scary movie. A phone call leads to a deadly game of horror film trivia and one of cinema’s more memorable opening sequences. From there the film shifts into a teen slasher with Neve Campbell on one front, and an interested media helmed by Courtney Cox on the other. There are the general tropes of partying and cool kills (getting mashed by garage doors an obvious highlight of the latter). But the media interest and hype around the killings also adds another dimension to the film. However most notable is the constant allusions to, and invoking of other horror films, including Craven’s earlier work. The film sticks hard to the high concept premise that it sets up and explores ideas through this such as the notion that a life is like a movie. Plus unlike some other meta-horror films, this one is constantly respectful toward the genre. At times it plays as exceptional homage to the genre’s greatest hits, such as the close-ups of people in the throes of terror. The meta approach to the film also means it is laden with references, that I am sure would open up more to me on a second viewing. There is a sense though that the film slightly loses the narrative thread a little as it goes along. The finale is perhaps not as well set up or magnetic as it could have been. Having said that, the final twist is a gem, especially if you have somehow remained spoiler free for the past 20 years. 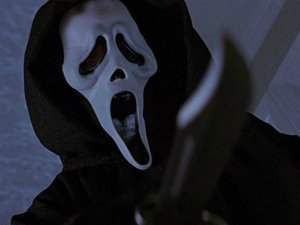 The greatest achievement of Scream is the script, which may be the best horror script of all time. It is damn hard to be both as meta and as effective in the genre as this. Not to mention the level of tension achieved while all this is going on is quite remarkable. The choices made in terms of doing what’s expected are a pretty masterful manipulation of the audience. At times it’s exactly what you are expecting, whilst at others the expectation is totally subverted. It is a great way to engage with horror clichés. The assured hand of Craven is all over the film, with numerous small choices enhancing the overall experience a lot. The casting is nailed, with a funky mix of Neve Campbell, Drew Barrymore, Courtney Cox, Rose McGowan, Henry Winkler and David Arquette combining for loads of fun, with the necessary acting chops to back it all up. The ensemble is important but Campbell is the clear star. It is a very good performance. She looks so tired and beaten down in a very real way by how her life has been progressing, and brings the audience along as she sinks even lower. The score (recently re-released on vinyl) is excellent, and fits into the overall approach of reverence to the genre’s past coupled with innovation. There is a real A Nightmare on Elm Street vibe to this element of the film, with a fair hint of Psycho (1960) too. The way that both score and sound design are used to punctuate everyday moments, with whooshes and emphasis creates great tension, without ever being cheap about it. 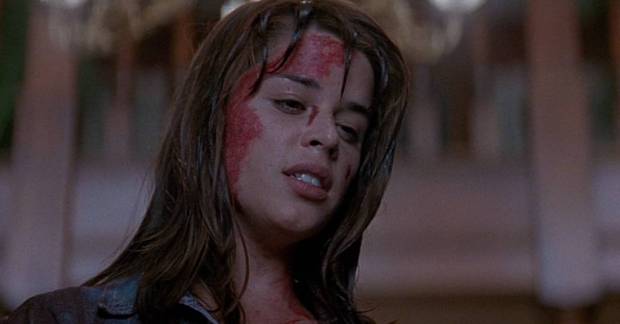 Verdict: If Scream is perhaps slightly below the standard of Craven’s very best work, that speaks more to the quality of his output than the film specifically. However it is one of his most interesting films, and as far as reflective and meta-horror goes, this is a classic. Pint of Kilkenny

Related beermovie.net articles for you to check out:  A Nightmare on Elm Street and Never Sleep Again.