You know how last month I mentioned personal stuff going on that made that piece so late? Well the same personal stuff has left me with a lot of time to watch movies, mainly in chunks around 3:30am, which means this month’s effort is a monster. Heavy on light viewing fare though, so expect loads of action flicks and a really surprising number of sequels too. 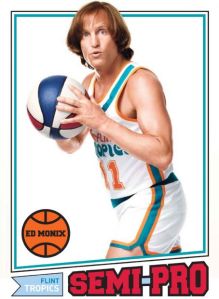 The director and Cleaver 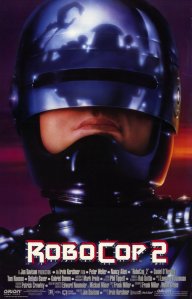 Avoid at all costs Maze Runner: The Scorch Trials

Posted in: Uncategorized | Tagged: Worth Watching

As far as female arthouse directors go, Agnes Varda is right at the top of most lists. With a career that has stretched from La Pointe Courte (1955) to today, she has directed around 50 films. A remarkable achievement for any director, let alone a female one, given the system seems to be set up to deprive women filmmakers of multiple chances.

Perhaps her most famous film, Cleo from 5 to 7 (1962) is the first I’ve seen from Varda. It opens on a tarot reading, the cards on the table the only parts of the film shot in colour. From there it delivers a fantastic character study with a great sense of a specific time (the 60s) and a specific place (Paris). The latter two achieved in large part through the sequences of Cleo simply roaming the city. The main character is an increasingly famous singer, living in opulence and facing a health crisis of some form or another. For most of the run time, the audience is kept in suspense as to whether it is a legitimate illness or something minor exacerbated by hypochondria. The film is about a woman’s experience as she navigates a couple of tense hours but also a life. She may be a hypochondriac. But it may also be that she is merely being dismissed as whiny and attention seeking because she is a woman. It is notable just how much we see the action through a female lense, because it is so rare in film. There are interactions with cat calling bogans, brief loving portraits of toughass female taxi drivers and a focus on beauty and societal beauty standards. “When I am still beautiful, I am alive” Cleo reflects early on, intoxicated by her own beauty. But this is also the film pondering the importance of superficiality to this character, and women more broadly.

The greatest feat of Varda with Cleo from 5 to 7 is the way she conveys the inner state of her characters. This is done through form, style and music. A disconcerting camera with quickly repeated shots. Mesmeric reflections upon reflections. The settings providing a contrast between inner and outer spaces. Cleo ‘suffocates’ in her huge opulent apartment. The white, clear spaces not reflecting the tumult of her mind as she ponders her potential sickness and mortality. Similarly her aimless roving over the cityscape is evocative of the swirling, concerned inner life. The editing also helps reflect the place of a celebrity in society, everyone staring at Cleo. Again the discomfort the viewer feels as a result of these stares situates the film as emanating from the female gaze. The film is shot really nicely, the camera often situated closer than expected, putting us right in the action feeling what Cleo is feeling. This is helped by the great lead performance from Corinne Marchand – intense but at times charming, troubled and physically embodying the character.

Verdict: Totally focused on the female experience, Cleo from 5 to 7 is a study of character, time and place. Varda is a master of conveying the inner state of a character in a subtle, technically brilliant way that is well worth checking out. Pint of Kilkenny

Related beermovie.net articles for you to check out: A Trip to the Moon and Shadows.