I generally hate it when a book is referred to as “unfilmable”, because cinema history has shown that no book is unfilmable. Perhaps it might not be possible to film some books well, but they can all be adapted. 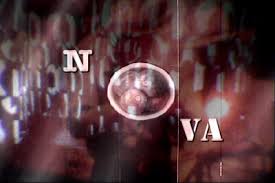 Nova Express (2014) is an adaptation of a book that I would have put near the top of any list of impossible to film well books. But I would have been wrong, because this film does an exceptional job at moulding the scattershot “cut up”  style of the book into something that both has a semblance of coherence whilst staying true to the book. As my tweet above mentions, the film through some intangibles as well as the comparison of images and sources, conveys and suggests the sci-fi vibe of the book. This is the type of film that your mind probably conjures up when you hear the words underground film festival. This is a genuine underground, avant-garde piece of cinema that feels like it is as much a collage as it is a film. In terms of structure, especially for the benefit of coherence, one of the best choices is to have a voiceover. Much of this is readings from the book, some by Burroughs himself. These readings help to not only amplify the narrative through line of the film as well as give it an almost hardboiled/noir vibe.

The film has gone through a number of iterations, and apparently even though he began the film in 1999, director Andre Perkowski is constantly refining and updating it. There exists a 3 hour version, though at SUFF we were shown a 75 minute one, for which i am pretty thankful. Whilst the 3 hour version is quite possibly amazing, I am not sure how I would have gone if it was crammed into a hectic festival schedule such as this one. The film at times feels like it is assaulting you, makes your head hurt a little. So 75 minutes was about spot on for me. The snappy run time also helps to keep you engaged in the thematic level of the film, something which for me felt steeped in a beat interpretation of Buddhism. Specifically the film addresses and confronts the deceptive nature of a surface level reality. It brings to life complex ideas of an image machine, a controlling machine that is both deceiving and oppressing us. I am not sure how easy it will be for you to get your hands on this film (I believe there are some extensive excerpts on Youtube). But if you have any interest in the beats or hell even in obscure sci-fi, it is probably worth making the effort.

Verdict:  Against all odds, the truly underground and avant-garde Nova Express is actually a pretty fun watch. By wrangling the material into something with a level of coherence, though without ‘selling out’ the source material, director Andre Perkowski has done something that is worth both celebrating and watching. Pint of Kilkenny

Related beermovie.net articles for you to check out: SUFF 2014: Kidnapped for Christ and SUFF 2014: Beckoning the Butcher.