A lot of people seem to be going away from writing lists of their least favourite films of the year, and I understand a lot of the reasons why. But I also think it is still a worthwhile exercise to reflect upon what really didn’t work in the year that was, to see what it took to make me have a really awful time at the movies. I’ve tried to keep the below pretty snappy, because I have written about all of this stuff in some form or another on the site already. A note on eligibility, anything that got a first wide release (either cinematic or straight to DVD/VOD) in  2015 is eligible. Festival films are eligible if there is no wide release planned in a later year.

Usual disclaimer, these are my least favourite of the year, not the ‘worst’. Oh and I’ve hyperlinked in the appropriate places where I wrote full length reviews.

(dis)Honourable mentions: On the festival front, Slow West had a great cast, a great score and was still awful, whilst These Are the Rules may have been the most mind-numbingly boring film I saw all year. Families were forced to endure probably Pixar’s worst film with The Good Dinosaur as well as the totally daft Tomorrowland. It was a particularly bad year for sci-fi. Tarsem made an ugly film with Self/Less, and as a director solely reliant on visual panache that means it was garbage, while both Insurgent and Project Almanac showed how not to make films geared for teens in a year it was done so well elsewhere. In terms of dramatic/arty stuff, Ryan Gosling got a film made and it was nigh on unwatchable with Lost River, people are still utterly failing to convey the inherent drama of the Lance Armstrong story as evidenced by The Program, whilst The Voices was a wild misstep of a horror comedy. Finally, as with every year there were some big budget stinkers with Fast and Furious 7 and Kingsman: The Secret Service two that people inexplicably liked.

It shits me when films fail to convey any of what makes an incredible real life story so … well incredible. Disaster on Everest are three words that should ensure arresting filmmaking, at least on a surface level. Nope. This was ugly to look at with painfully bland storytelling chops.

9. Dumb and Dumber To

A weird movie. A sequel coming a good decade too late. I’m not so sure that this style of comedy works today either. It has been an age since I’ve seen the original, but I’m sure it was not as fundamentally mean-spirited as this film. Really quite a distasteful ordeal.

I wrote at the time “I want to punch this movie in the face”. Really nothing else to add. Films for kids don’t need to, and really shouldn’t be, moronic. 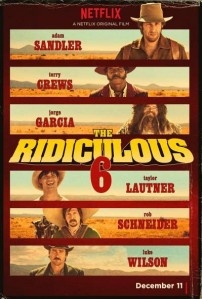 Adam Sandler has emphatically answered any concerns we may have had that he would use the freedom of a multi-picture Netflix deal to explore his more intelligent leanings. And by emphatically, I mean he has answered it in a resoundingly racist, crude and deeply unfunny way. Just embarrassing really.

Blumhouse are great. This film is arse. Not scary in the slightest. Dumb and tired found footage dross.

There is something so sneering and disingenuous about Baumbach’s storytelling. This film is just full of derision for basically everyone in it, drowning in hipster sheen. There’s no thematic depth and no reason to engage with the succession of hateful characters.

Expectations were so overwhelmingly low by the time this came out, it’s actually a bit of a surprise it didn’t go down smoother. It’s a really out of whack plot in terms of balance and pacing. It crawls and then totally rushes the last act, rendering the whole thing meaningless. Probably the worst written film of the year.

It pains me to see an Australian film so high on this list, but then this film pains me too. Purports to be a comedy about Australian drinking culture, but there is no laughs to be had and the analysis is about as insightful as the lowest-rent current affairs show you could dream of. The cherry on the top is the totally disparaging way it treats its female characters.

More like A-no-ha amirite? Remember a second ago when I said Fantastic Four was probably the worst written film of the year? Nope this is. Comfortably. The excellent cast are almost uniformly awful and that’s before you get to the shady racial stuff around Emma Stone’s casting (and believe me, it is really shady). This film actually made me feel physically awkward.

1. The Theory of Everything 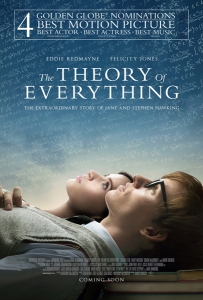 I don’t keep a running ranking for these lists, rather I prefer to reflect at year’s end on how thing are sitting for me. And this is the film that made me despair for cinema more than any other. Eddie Redmayne is fine, but he never actually inhabits the role for me. The issue is that this film is such middling dross, the most by the numbers film you could comprehend really. Really stuffy and obvious. Neither the biopic or love story it aims to be. Does that thing where it tells you someone is a genius but makes no effort to show why, explain his work or its impact. Also frustratingly fumbles the chance to show a disabled person as a sexual being, but then again that would have been a storytelling choice vastly too bold for what they were going for here.