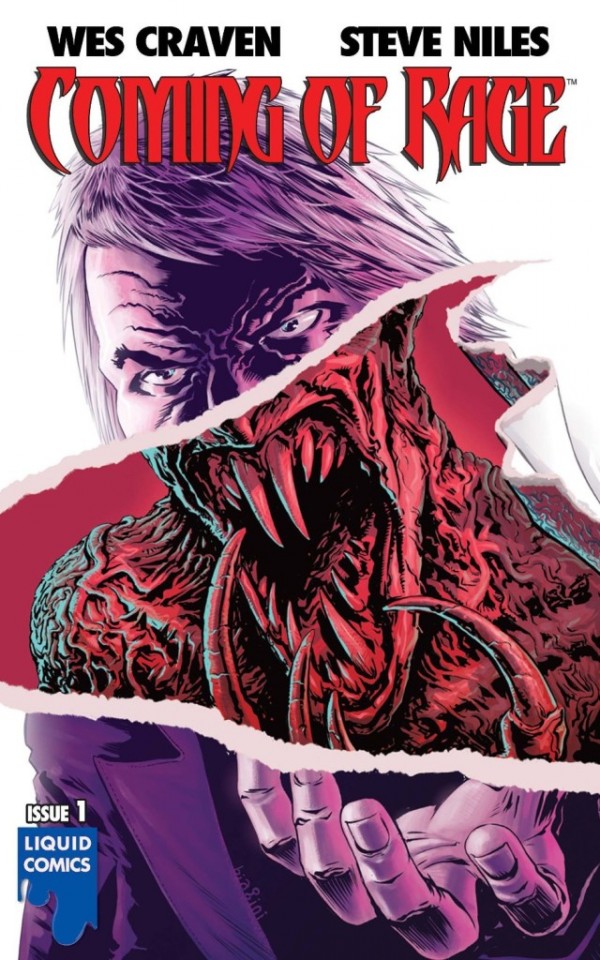 Right around the time Wes Craven sadly passed away last year, the comic Coming of Rage #1 appeared bearing his name, and that of Steve Niles. Whilst the timing may have led to thoughts of a cash-in, obviously work on the comic had begun far before his death. Keen to immerse myself in as much Craven as possible, I grabbed a copy of the first issue to see what it was like. Here are some quick thoughts:

Verdict: I guess the main question when summarising thoughts on a comic is if I’ll keep reading. The answer is yes… just. I’m attracted more by the fact it is a limited series (6 issues I believe) and thanks to Craven’s words at the end, rather than being totally blown away by the book itself. To be blunt, if Craven’s name wasn’t on it, I would not have been continuing. It’s obviously not totally awful, but hopefully the complexity of the story continues to increase.  Stubby of Reschs