When I first sat down to write this list, I was worried that I hadn’t seen enough terrible stuff to make a bottom 10 worth writing. But man was I wrong. It may have been a great cinema year, but wow was there some rubbish. I mean not even the latest Transformers film could crack my main list. Check out my 10 least favourite releases of the year below. A few of these may be a touch controversial. Share your thoughts in the comments if you agree or disagree. Also, usual disclaimer, these are my least favourite films from last year, not necessarily the ‘worst’.

Films that received cinema (not festival) or straight to DVD/VOD releases in 2014 in Australia are eligible. If I have done a full review of the film on the site, that is hyperlinked.

(dis)honourable mentions: It was another pretty bad year for comedy, though I found that it was the indie attempts at the genre such as Life After Beth, Kebab and Horoscope and St Vincent which struck me as the worst of the bunch, rather than the more mainstream efforts which just settled in as decidedly average. Also on the indie, more festival side of things, The Salvation was a terrible attempt at a western, whilst one of Philip Seymour Hoffman’s last ever film roles went totally to waste in God’s Pocket. It was a particularly awful year for horror films I thought, with Nurse bungling its premise, V/H/S Viral being straight up terrible and Oculus somehow gaining a lot of love whilst boring me to tears. And of course, just like every year there were a fair number of blockbusters that sucked big time, just slightly less than those below. I’m looking at you 47 Ronin, Transformers: Age of Extinction, Need for Speed, Robocop and Pompeii. 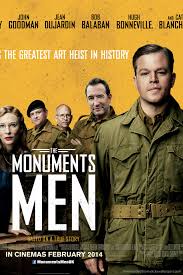 The trailer for this film, which was one of those I seemingly couldn’t avoid for months, hinted that controlling the tone of this WWII caper could be an issue. I don’t think anyone anticipated it would be such an issue though. What is left is a middling mess of a caper film without any lightness and a war film with no real weight and no real villain. It is difficult to imagine that a film with this cast could be so bereft of anything worthwhile. The inept script ensures that this is an utter failure rather than a near miss. 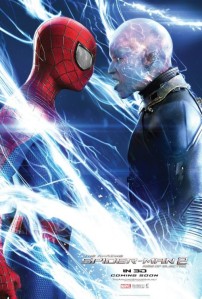 Seriously, Marvel can’t get their hands back on Spidey quick enough. Sony just continue to waste this fantastic property, and they fell into the Spider-Man 3 (2007) trap of having too many villains but not developing any of them fully. As a result characters such as Electro and Rhino were totally wasted. Not to mention the chemistry between Emma Stone and Andrew Garfield which deserves a much better film. In a sea dominated by the MCU, by the numbers plotting such as this film’s just doesn’t cut it anymore. We need something more than moderately competent, CGI drenched fighting.

Of all the films on this list, this one is the most comically inept. Reimagining iconic characters is hard, as the creators of the film found out with this disaster that takes itself far too seriously. It’s the kind of material that results in even the excellent performers involved (Aaron Eckhart, Bill Nighy, Yvonne Strahovski etc) being awful. They nail the ugly mid-90s CGI look perfectly and appear to have had a small child write the script though. There was so much potential for B-movie fun here, but there was absolutely zero fun to be had with this one.

This film did really good box office numbers for an Aussie film, which was a great note to finish the year on. Just a shame that so many people chose this, rather than some of the incredible Aussie features that came out in 2014. A good friend of mine (who is also a fantastic filmmaker) described this as ‘everything that is wrong with the Australian film industry’. I can’t really argue with that. It’s lowest common denominator stuff, by the numbers, sentimental rubbish. Frankly, it’s difficult to imagine a more searingly average film and I’m not joking, at one point my jaw dropped at the sheer awfulness of it all. 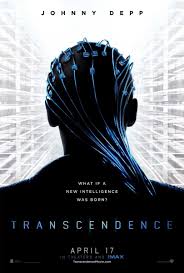 Oh we were all excited for this one. Great cast, Nolan’s long-time cinematographer Wally Pfister making his directorial debut and all that jazz. But this was just terrible. There is an ever so brief smattering of interesting ideas that is almost immediately overwhelmed by cliché. Blighted by silliness as well as a tepid script that makes great performers like Johnny Depp, Rebecca Hall and Cillian Murphy totally uninspiring. Most surprising of all given the director, it’s a really ugly film. It all feels like a film that does not know what it wants to be.

I was in two minds whether to include this, given this two part cut was not overseen by Von Trier. But in the end, it was a 2014 film and is more than deserving of its place. Part 1 of this epic had some interesting ideas and went some interesting philosophical places. This second part throws all that away in an almost absurd manner. Much of it descends into a platform for Von Trier to launch into some ill-advised personal rants on political correctness and free speech. Clearly a little Cannes derived points scoring. The patter of the dialogue all of a sudden becomes forced and annoying. The narrative just heads in strange, unbelievable directions. Worst of all is the ending, which just utterly betrays one of the characters that has been established and pretty much undermines the four-odd hours you have just sat through. Von Trier at his worst.

4. A Million Ways to Die in the West

There were bad 2014 comedies, and then there was this. I’ve never really watched Family Guy, but I was a fan of Ted (2012). So I was hoping for a silly, occasionally crude, western homage. This is garbage though. Seth MacFarlane has zero charisma or gravitas as a leading man. If he wants to keep making films, he definitely should not cast himself. Worst, and perhaps most surprisingly of all, this is a really unfunny film. It’s riddled with slapstick, but the creators don’t appear to have any eye for that tone of comedy, whilst the script is every bit as bad as others on this list.

I know people will probably think I am a bit of a wanker for including this. But good lord I did not like this film one little bit. I am relatively alone here, but I actually think the storytelling is pretty poor. The twists just landed quite flat for me and a lot of the narrative seems to rely on strange, jarring coincidences. Not to mention that the last act is at times laughably terrible. The tone I assume that was being aimed for was something a little trashy elevated due to all involved. But I actually found this to be a deeply silly film. The gender politics of the film are a little troubling as well. I’ve heard one of the main characters described as a ‘heroine for the MRA movement’ and I think there is some merit in that. Worst of all though, this is just a meandering, poorly told crime film that I would have expected came from M. Night Shyamalan rather than David Fincher. 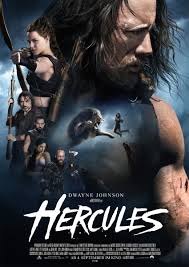 As a lover of both B-movies and Dwayne ‘The Rock’ Johnson, I was pretty excited for this one, even with the presence of Brett Ratner. After a sexist and atrocious CGI laden first couple of minutes, I pondered walking out. I really should have too, it would have saved me a whole lot of pain. It does not improve one iota and the cliché and overwhelming predictability is mind numbing. Not even some swords and sandals style battlin fun can be found here. Instead, there are a series of achingly long, training montages and battle sequences that feel totally without any narrative importance, tension or creativity.

There are plenty of the usual blockbuster, Michael Bay type complaints here. Too much CGI, no originality, a listless script and it looks like it cost about $5 to make. But there are also other issues which make this a little more heinous an act that has been wrought upon us. For starters, it trashes the Teenage Mutant Ninja Turtles as a property, screwing with the mythology and simply not respecting what these characters are. But worst of all is that this is a misogyny-laden film that is aimed at an audience of young males. Megan Fox’s April O’Neil is a target of constant and atrocious objectification. Think of how toxic that is. It is a genuinely dangerous thing for films that treat women this way to be helping mould how young people perceive the world around them.