This is rather later than usual. I have been writing a little less to recover from the epic CIFF 2014 effort and currently have a sprained joint in my back, which is never fun. That has left me lying on the floor, unable to sit to write or head to the cinema for an entire week now. Anyways that also meant writing this in short little spurts over a few days. A mixed, fittingly horror-centric bag for October. Share your thoughts on all of these in the comments below. 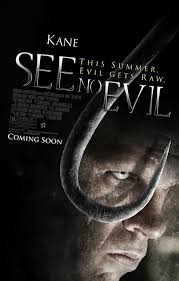