Ugh, it is so damn hot. This is the third or fourth day in a row over 40 degrees, which is just lame. I whine like this as a way of explaining why this post is a day or two later than I had hoped. I have just not felt like writing after a day at work, especially when our un-air conditioned home is so oppressively hot. I hope you are doing ok if you are in this kind of weather, or the opposite in that crazy cold. Stay safe in these extreme weather times.

Enough of that. Time to celebrate my favourite ten films of 2013. I thought it was a fantastic year of film and spent a huge amount of time narrowing this list down. The reason I expanded it from five to ten is because I have expanded the eligibility to straight to DVD films this year, because I have found that in Australia a lot of really fantastic films are skipping cinemas altogether. There are two films that did not see cinema release on the list and another few in the honourable mentions as well. I saw somewhere around 100-120 films eligible to make this list and there were plenty of crackers. Let’s get into it (once again, titles are hyperlinked if I wrote a full review).

Honourable Mentions: I loved so many films this year. I considered narrowing this list of mentions down. But stuff it, this is meant to be a celebration of film and I loved, loved, loved all of these.

It was a weak year for comedy and I thought The Heat was by far the best of them. Two sorta comedies that really did it for me were the highly original horror-comedy Grabbers and the brilliant coming of age ride The Way Way Back. In arthouse/indie style territory Mud, the beautiful The Loneliest Planet and (shame on me) The Counsellor all wowed me. Plenty of the big name dramas were powerful and engaging stuff including Zero Dark Thirty, Flight, Philomena, Cloud Atlas, Amour and Silver Linings Playbook which I much preferred to the average American Hustle. Whilst there were obvious disappointments, I thought that some of the big blockbusters were fantastic this year and am very surprised not one cracked my top ten. Star Trek into Darkness, Iron Man 3, The Hunger Games: Catching Fire and The Hobbit: Desolation of Smaug were all a cracking good time on the big screen.

Probably the two strongest sectors of film for me this year were the doco and Australian film, and both feature films below. Other docos I really loved were Chasing Ice and the incredibly powerful West of Memphis about the denial of justice for the West Memphis Three. As an Australian I love to get you interested in the cinema of my own country and The Turning, Satellite Boy, The Great Gatsby (I don’t consider it Australian, but technically it is apparently) and 100 Bloody Acres are all films well and truly worth your time. Finally, a very special honourable mention to my clear number eleven film of the year, which dropped out at the last moment – The Secret Life of Walter Mitty. I think the most underrated film of the year too. 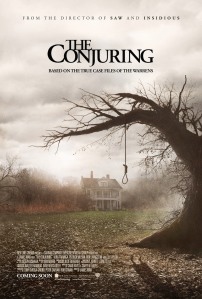 I’ve said it before and I’ll say it again – James Wan is the best Australian director working today, no matter the genre.  This is probably the scariest film I have ever seen and it kept me on the edge of my seat the whole time. Yeah it is similar to Wan’s Insidious. But it improves immeasurably on that film. I remember not even being able to watch the trailer of this when it showed at the cinema. And Wan has transferred that into an atmosphere which makes the film fist clenchingly terrifying. A masterful update of the old school haunted house flick from a very clever and creative director.

9. Hunter: For the Record

This Australian doco is one of the most affecting films I saw this year. It is simultaneously a portrait of the early (West) Australian hip-hop scene and also of a man facing his own mortality. You get intimate access as Hunter manages to grow and learn as a man, right to the end. But this is no whitewashed picture of a perfect guy. There is a frankness to the film and the depiction of its main subject that is pretty rare. You definitely don’t respect everything that he has done. The film though shows that even someone so imperfect (aren’t we all) can provide us with the template for approaching our whole life.

When I first saw Cuaron’s exceptional film, I thought it would probably end up my number one. This was no doubt the big screen cinema experience of the year. But so much of the film is caught up in the size of the screen, the quality of the sound and the 3D effects. I will never be able to replicate the experience in my home or even my mind. That is not a criticism at all, but it is perhaps why the film has not stayed with me as perhaps it could have. Sorry don’t mean to sound negative, this is such an amazing film, as you already know I would imagine. Visual splendour like you’ve never seen before and a lean narrative with an underrated human story.

7. The Act of Killing

You must see this film. A doco that shines a light on a totally neglected and heinous chapter in human history. But through director Josh Oppenheimer, it is turned into an audacious, creative piece of art. By tapping into two active members of the Indonesian genocide’s love of cinema, he is able to first of all challenge his audience and make them constantly examine and rethink what they are seeing. And secondly, in what is genuinely one of the most exceptional moments ever committed to film, we see his approach bring one of the men to the realisation of exactly what he has done. This is a powerful film that you need to see once, but will probably never be able to watch again.

6. Mea Maxima Culpa: Silence in the House of God 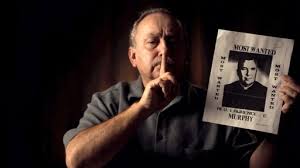 Alex Gibney is probably the highest profile doco director working today and I think this is his best film. In many ways it is an auteur piece and some of his decisions really elevate the shocking story. Some of the deaf men who were abused by priests as children serve as ‘talking heads’. They sign, whilst their words are spoken as voiceover. This is one of a number of really clever decisions that Gibney makes and it allows the emotion and devastation that has been wrought on these victims to come out. Like Oppenheimer’s film, one that you won’t enjoy and that will make your blood boil. But most definitely an essential, shocking and timely film.

Technically Terrence Malick’s newest film did get a cinema release in Australia, but I think it only managed one or two screens. I am not really sure why this has gone under the radar so much, it is in the realm of Tree of Life brilliance from the greatest cinema artist of our time. A somewhat simple love story that was shrouded in Malick’s signature imagery (though it must be noted he challenges himself here, showing the intersection between the urban and the rural) and a very much not in a rush approach to story telling. But I think this is Malick’s simplest narrative with the simplest character motivations which in same ways makes it his purest work. Let’s hope we get to see something new from the maestro in 2014 and if you missed this for whatever reason, go back and see it.

This is like no vampire film I have ever seen. For starters it is oh so pretty, there is almost a sense of Malick in the visual approach. Neil Jordan uses colour, or more specifically a lack of it, to tell us so much. And the narrative builds up such an immersive world of vampire mythology. It is not beholden to any source before it, but it also feels ‘classic’ already. It also features a performance from Saoirse Ronan that is streets ahead of anything else she has ever done whilst also launching Caleb Landry Jones as a supreme talent. I cannot recall a film that combined the classical and the contemporary as well as this film. It also manages to succeed on a number of levels, both as moody atmospheric and very dark horror story as well as a teenage tale of first love. Good luck trying to balance that, but Jordan does in this exceptional and criminally under seen film. 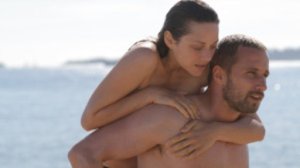 If you outline the plot of this film in a sentence, it sounds like the biggest pile of pap ever. An orca trainer loses her legs when she is mauled by one of the animals she works with, but finds love and redemption in the arms of a hulking cage fighter.  That is an accurate description of what goes down. But this film made me think more deeply about life than any other film on this list. The spectacular of day to day life is contrasted with the aching, crushing pain that it can bring, often in the one scene. Probably the oldest film on this list, but one that still sticks in my mind. 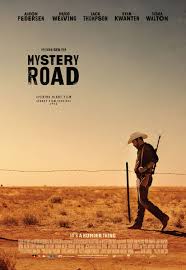 In an awesome year for Australian film this is the pick of the bunch and the highest ranked Aussie film in the history of these lists. A film that engages with and dabbles with both genre and Australian society, it is anchored by the second best performance of the year from Aaron Pederson (hint – the best is still to come in my #1). It looks like a Western – widescreen arid imagery, gunfights, and hats – but it is straight up crime. There is a sense of classic Eastwood in Pederson’s character, the cop against the system, who seems to be the only one interested in solving a vicious murder. Cerebral and action packed, the film also features the most original shootout I have seen in a long long time. Do me a favour and check this one out.

The Fourth Ever Kick-Ass Award for Favourite Film of the Year: Fruitvale Station

This film, based on real life events, is quietly powerful. It is the day in the life of a young African American man, trying to make his life right after a stint in prison and risking it all with his unfaithfulness. The day (and this is revealed at the beginning so not a spoiler) will also be his last. But the entire day sheds such a light on contemporary America that is raw and real, especially the treatment of men of colour and the unchecked power of those who possess it (a theme in a number of these films actually). And it is not just applicable in an American context. I’m not American and this is the film that impacted me the most this year. And the performance of Michael B. Jordan in the main role is the best in not just this year, but a number of years. Full of qualities that so little of cinema possesses, Fruitvale Station is a searing film that you won’t soon forget. It left me in a glazed over haze and may well do the same for you.