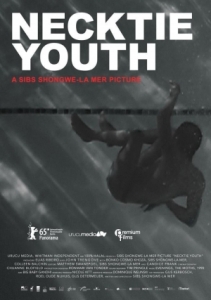 As one part of this year’s event, Sydney Film Festival director Nashen Moodley delivered a focus on South African cinema. The only film of this program stream I managed to catch was Necktie Youth (2015) from young director Sibs Shongwe-La Mer.

The film focuses on a group of young affluent Johannesburg residents, going about their relatively shallow day to day lives, though with a pall cast over them following the suicide of a friend a year earlier. A suicide that was live streamed online no less. The film sets up the stark social strata of present day South Africa with a clear good and bad side of the tracks. Most of the film is spent with wealthy youth, essentially whiling their day away, drinking, smoking drugs and having sex. Some of the film consists of the various characters recounting memories of their dead friend direct to the camera. This allows a contrived air to seep into some of the film, dropping into cliché where there had been an aggressive lack of it before. There is also a struggle in that many of the characters in the film are really unlikeable, which when combined with some sections having that contrived feeling, means that some of this is a bit of a slog. Overall though, the story is not afraid to show the toughness that life can bring, to lay it out in the open before the viewer. It is at times an unflinchingly tough watch. It finishes on a bold note too. One that shocks initially and then leaves you contemplating the structure of the film and how the story came to be told. 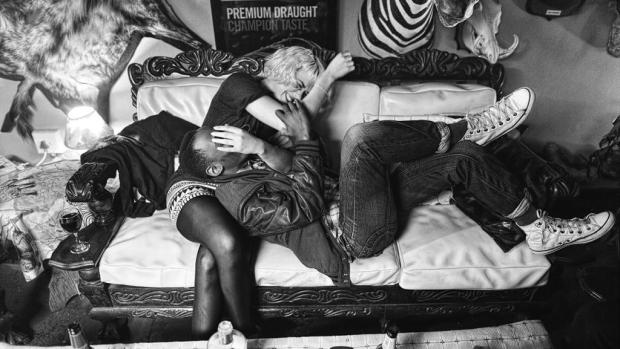 There are some incredibly striking sequences in the film. It is shot in black and white which somehow makes the film feel more realistic, placing the viewer on the street with the characters without distraction. On a number of occasions Shongwe-La Mer employs the technique of having a succession of beautiful shots scroll through the screen whilst someone delivers something approaching a soliloquy via voiceover. Dialogue pieces such as these are incredibly hard to write, but they never feel tiresome or like they are trying to hard to convey a depth that is not there. At times they feel like a rapper at the top of his game, delivering an artistic, rapid-fire summation of life. But they always progress the story and the characters, never just being there for the writer-director-star to show off his chops. Overall the writing is both the major strength and weakness of the film. The quality of the writing in regard to the characters varies quite a lot. The best ones feel totally natural and engaging. But others feel overtly scripted and stilted. So when the film is following what I guess you would call the two lead characters, September and Jabz, it is utterly engaging and the writing so sharp that just chilling with them going about their day is worthwhile. Unfortunately the sections of the film focused on other characters feel like a chore in comparison.

Verdict: The best sequences of Necktie Youth were amongst the best I saw at the Festival. Unfortunately the writing is not able to maintain this level of excellence for the entire running time. But the lasting impression, due to the creative quality of what is on offer, is that Sibs Shongwe-La Mer is a talent to keep an eye out for. Stubby of Reschs

Related beermovie.net articles for you to check out: SFF 2015: 54 Director’s Cut and SFF 2015: Goodnight Mommy.