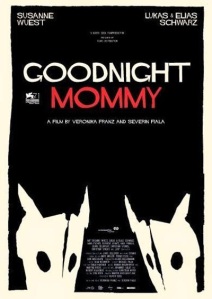 All the hallmarks are there for Goodnight Mommy to deliver as a classically infused horror film. A mother returns home with a nightmarishly bandaged face, leaving her two children to question if this woman is really who she says.

Goodnight Mommy is very much a film of two halves. It opens rather moody and slow, remaining that way for a good portion of its running time. The focus here is on the mother’s erratic behaviour and the suspicion of her children, though for the most part in a low key manner. As the tension eventually mounts, the film shifts into an at times hard to watch, torture porn influenced last act. Especially in the first half, the film relies heavily on creating an ominous atmosphere. Unfortunately though the writing and narrative, aside from the wonderfully universal premise, are unable to build the atmosphere required to really chill. It’s unfortunate too, because when the film focuses more on visceral imagery, it creates some confronting stuff. There are a couple of sequences involving cockroaches that had the crowd squirming as well as an extended, brutal confrontation that it is perhaps difficult to see coming. These sequences got a great reaction, from a pretty big crowd with a few walkouts and a lot of people avoiding eye contact with the screen. 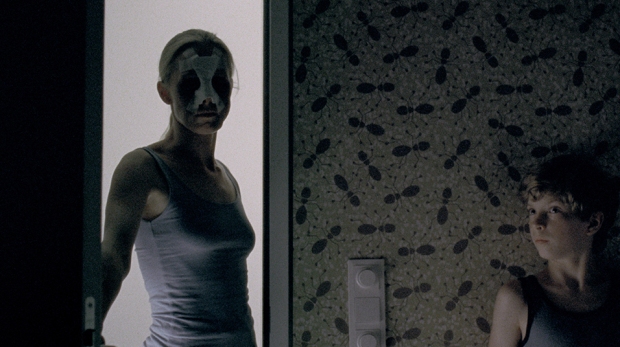 The film looks lush and expansive, helped along by the fact it was shot in 35mm (a fact raptourously cheered in the credits). There is a classical style to the visual approach, and even the very modern house where much of the action takes place in is shot in a way that makes it feel like a gothic haunted mansion. The sound design similarly takes what feels like a classic Hollywood approach, amplifying everyday sounds and tones so that they take on new, ominous meanings. Thematically the film touches on notions of motherhood and identity. Though not as much as you may expect and these are forsaken later in the film by a twist that feels rather familiar and which undercuts much of the interest. It is one of those twists that forces you to reevaluate everything that had come before it, which is not an entirely positive exercise and makes this a less interesting film.

Verdict: Goodnight Mommy looks incredible with classical stylings abounding. At times these stylings transfer over into the storytelling, but too often the requisite creepy atmosphere is not well drawn enough, resulting in a relatively limp experience. Schooner of Carlton Draught