It’s film fest time once again. The Sydney Film Festival is one of Australia’s biggest, and next weekend I’ll be attending for the first time since I lived there, a good eight years or so. 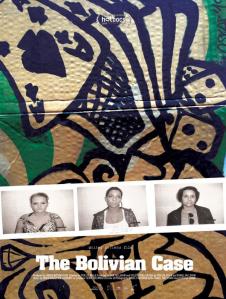 I have been lucky enough to be able to catch a couple of films in advance though, including The Bolivian Case (2015). This doco, focusing on a drug ring importing cocaine from Bolivia to Norway, comes out of the interesting production company United Notions. As well as a killer name, the company seems to have a unique perspective and goal in mind, based across Australia, Bolivia and the States and aiming to create challenging ideas driven cinema.

The Bolivian Case fits in nicely with this perspective, turning a story about three young Norwegian women into a discussion of justice, media morality and societal lust for tabloid trainwrecks. Even without all of that, the film would have been an interesting one – not one but two of the women escape whilst on bail, the dynamics of the ongoing case in Norway are delved into, the women fall in love and give birth in jail and there is the smarmiest, most punchable lawyer in the history of smarmy punchable lawyers. The behaviour of the Norwegian government is also examined. They seem content to leave one of the women to rot in Bolivia, whilst going out of their way to illegally assist the others escape.  Occasionally, especially early on, it is a little difficult to follow who is who and keep up with the two strands of the story (one in Norway and one in Bolivia). And perhaps the two stories never quite come together entirely as it still almost feels like two films at the end. But once the characters back in Norway are built up in the same way that director Violeta Ayala does with those jailed in Bolivia, that strand of the film becomes more engaging. To the point where it possesses the film’s biggest emotional punches. The ‘action’ highlight of the film comes as one of the women, Stina, decides to flee whilst on bail, child in hand. Ayala finely crafts this period of the film, having it play like a bit of a heist or escape film. 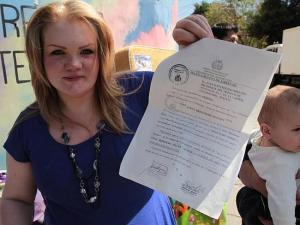 Another film may have solely focused on this spectacular escape, aided by shady government dealings and the media ‘paying’ to create news. The Bolivian Case has broader points in mind though. Even the escape is examined more from the point of view of what it says that a media organisation would hire mercenaries to get her out. They are essentially creating news by assisting someone to flout the laws in another country. Surprisingly, this behaviour seems to be met more or less with cheerleading in Norway, with Stina’s return apparently a triumphant one. I can understand that aspect if she proclaimed her innocence. But the way I read it was that these women were pretty clearly guilty. The film also focuses on the sensationalism that the case is met with in Norway especially when the women fall pregnant in jail. Australia has seen similar tabloid obsession in recent years, in particular with the case of Schapelle Corby, jailed in Bali for drug offences. There is clearly something universal about the plight of people, particularly young females, jailed overseas that brings the tabloid masses running. In fact the media seems able to craft the narrative of the case in Norway. One of the women is portrayed as the quiet religious girl from a rural area. The one stuck back in Bolivia is painted as the untrustworthy ringleader. The media is able to craft the heroes and the villains of the story. Class, status and even physical appearance all influence the tale that they are spinning. Which is problematic in itself, but when these artificially created notions seep into the ‘justice’ meted out in the court system, it goes from problematic to offensive. Unfortunately this kind of pre-judgement is all too common, whether aided by the media or not, in many places not just Norway. 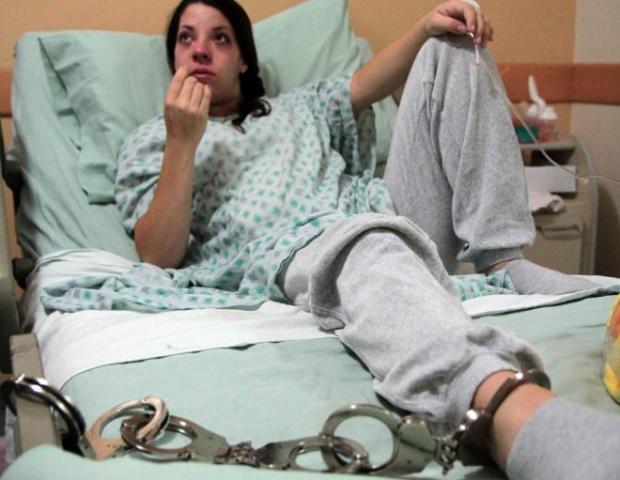 Verdict: The Bolivian Case is a slick and timely doco that examines the seemingly universal tabloid obsession with pretty young women locked up abroad. It goes further than that though, making pertinent points about the issues of media influencing justice and the way that class and first impressions influence the way that criminals are treated. Thankfully though the film never becomes dreary or a bore to watch whilst doing all of that. Pint of Kilkenny

Related beermovie.net articles for you to check out: SUFF 2014: Freeload and CIFF 2014: Songs for Alexis.