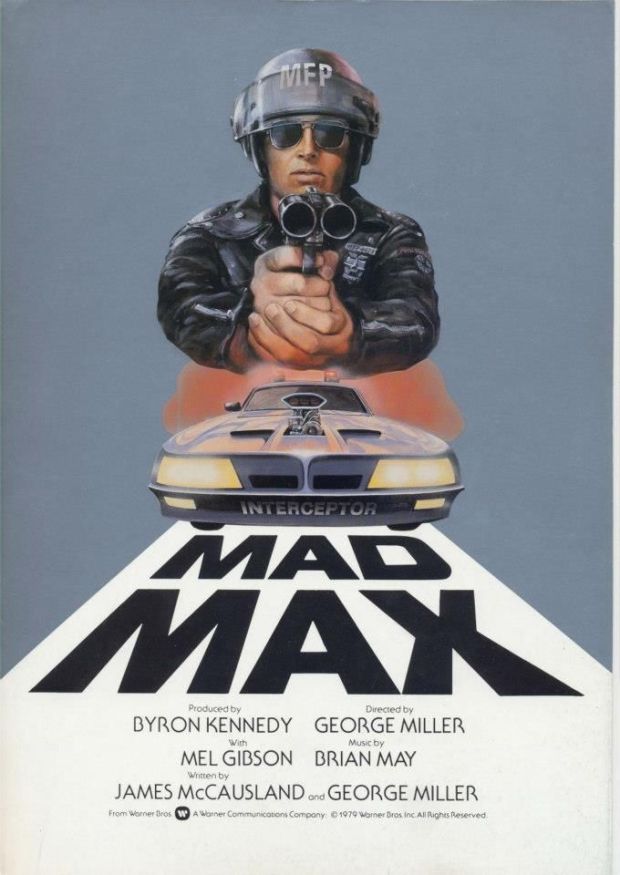 No film has ever dominated my twitter feed quite like Mad Max: Fury Road (2015) these last couple of weeks. Recognising that the series was a large gap in my personal filmography, I jumped back and took a look at the earlier films before checking out the new one, starting with Mad Max (1979).

The first film is perhaps less well known that Mad Max 2: The Road Warrior (1981), especially in the States, but it’s a film that I much prefer and that I think has aged a lot better. There is a unique balance to proceedings, which are quite lightly plotted. Early there is constant action and kinetic energy being splashed all over the screen. Then the film settles, building out the world a little and focusing on the family elements of the plot, before kicking into overdrive for a really quite short final revenge sequence where Max turns very much from content, into mad. Up until that final part of the film, the main thematic propulsion simply comes from a dude struggling with what his job says about him as a person. A struggle many of us face and which helps to make this the most relatable film in the series. Indeed there is a universality to most of what is happening. The audience is happy to see Max bring his violent revenge to bear at the end of the film, due to the intimate understanding of what has been taken away from him by the villains of the film. Especially as it is brought about by one of the most coldly violent murders you will see on screen.

The word building in the film is simultaneously sparse and effective. Miller never feels bothered to overly flesh out the world with intricate levels of detail. As someone who grew up in rural Australia, the sparse, empty roads and fields were incredibly familiar. Thought the focus is not on effects or hi-tech futurism, the vision it builds is still pretty nightmarish. Some small flourishes – the search for fuel, a seemingly tiny population and ‘Prohibited Area’ signs – go a long way. This is a near future that is lawless, seemingly reigned over only by incoherence. Another aspect of this lawlessness is built up in the film through the invocation of the Western genre, which was so heavily focused on film’s most iconic ‘wild’ setting. The way people dismount their motorcycles, a focus on boots and jackets and the adjusting and removal of helmets are all lingered on, recalling Eastwood or similar riding in on a noble steed. These flourishes also feed in to the writing of the film which focuses heavily on building the psychology of the characters. On one level there are goodies and baddies, but dig a little deeper and what characterises a villain and what characterises a hero becomes far murkier. The performances support this, especially from Hugh Keays-Byrne as Toecutter, a character who has an aura and seeping malevolence which inspires his followers. Characteristics that Immortan Joe, played by the same actor in the franchise’s most recent, also has tons of. There is something towering, discomforting and ominous about both of those turns by Keays-Byrne. The baby faced Mel Gibson is also excellent, especially when turning and gaining his revenge. The actions sharply conflicting with the innocent face and family man of the film further detailing the psychological trauma that has been wrought upon him. And it’s always great to see Steve Bisley on screen as well. 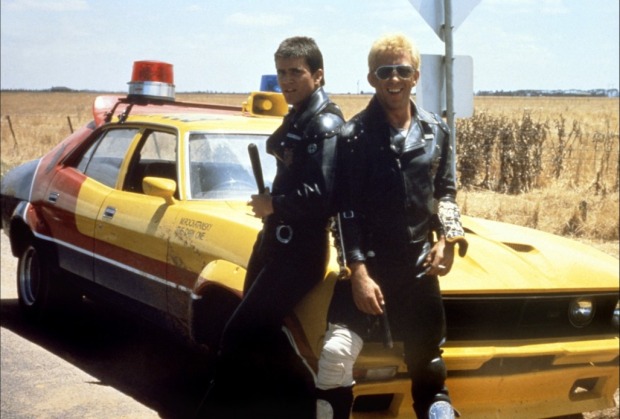 After seeing this film and Fury Road, it is fair to say that no one does vehicular mayhem quite like George Miller. Everything is so real feeling in this film and you feel the impact of every collision. It makes you wonder how on earth Miller got this film made really. The stunt work in the film is heart-stoppingly thrilling as cars and motorbikes converge violently over and over. Coupled with that is the camerawork, simply showing the action safe in the knowledge that the crowd will lap up every collision and explosion. The camera is also used to great effect to create tension. The sequence running from a forest, to a beach and then back to the forest is the tensest in the whole film, with nary a car in sight. Miller achieves this with slight movement of the camera, flitting in and out of the trees and masterfully controlling what is in the frame.

Verdict: Those taking a look at Mad Max for the first time, expecting the same level of freneticism Mad Max Fury Road delivered, may well be a little befuddled by what they find. But whilst it is different, it is no less unique and is a film that should be sought out by any action or sci-fi aficionados who have somehow never seen it til now. Pint of Kilkenny

Related beermovie.net articles for you to check out: The Great Escape and Quick Review: The Adventures of Priscilla Queen of the Desert.