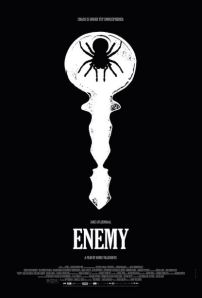 Canadian director Dennis Villeneuve’s Enemy (2013) is a film that has gotten its fair share of love this year. In particular many have praised the mind bending thriller aspects of the film as well as Jake Gyllenhaal’s dual performance.

Going into the film, I was fully expecting to be befuddled. Those expectations were raised even further when the quote “chaos is order yet undeciphered” appears on the screen at the start. But to be honest, there was not all that much to be confused about (ok, except the spiders) as the narrative is really pretty simple. Or perhaps sparse is a better word. I love a lot of films with little narrative thrust, but for whatever reason this one just never managed to grab me. Part of that may well be because the visuals are equally sparse. Usually a film needs to be driven by visuals or narrative, but in being driven by neither, this one just seemed to meander. The film concerns two characters, both played by Gyllenhaal, who are doppelgangers. They meet up. One hounds the other and then they swap those roles. One pursues the other’s girlfriend. That’s about it. They occasionally realise how warped this situation is. On a couple of very brief occasions they try and work out what exactly the situation is. But really, from a plot perspective, there was not enough interrogating on the part of the characters into what was happening to them.

For all my issues with the film, it is definitely far from a write-off. Gyllenhaal is very good, his ability to imbue the two, physical exactly the same, characters he was playing with subtle differences to create two clearly identifiable characters is not at all easy to do.  Sarah Gadot and Melanie Laurent are also really good in the few interesting moments they are both granted. But both of them could have done with a whole lot more to do. In addition to the solid performances, a number of interesting ideas come out of the slow, obliqueness. None of them are as fully formed as they could have been (or they were just not explained to me fully enough), but they were still what probably piqued my interest more than anything else that was going on. There is a definite likening of life in a contemporary western city to that under a dictatorship. The repetitive, controlling nature of day to day life – same day, same bus, same sex. Where I would have really loved some more thematic exploration was in relation to the nature of self and identity, which obviously come under attack in any doppelganger story. There are dashes of the crushing anxiety that having an actual doppelganger would have on a person’s state of mind, but the idea is discarded all too quickly. Also, those spiders. Feel free to sound off in the comments with a big spoiler warning if you have any idea what that was all about. 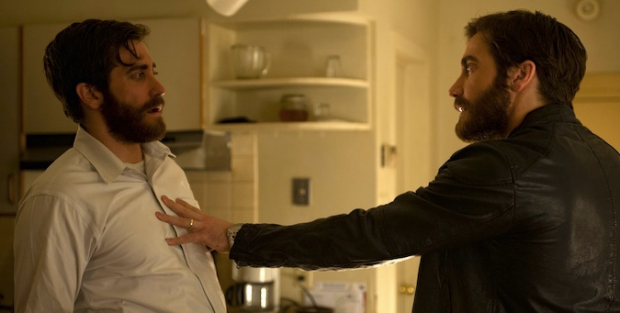 Verdict: Despite the interesting ideas and good performance from Gyllenhaal, Enemy never managed to grab on to me. There is nothing wrong with a film being slow. But for this to have had the intrigue it probably required, it needed to get whipping along at a snappier pace. Schooner of Carlton Draught

Related beermovie.net articles for you to check out: Trailer for your Weekend: Enemy and Computer Chess.