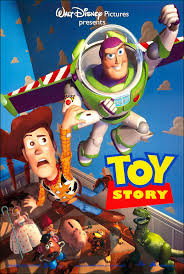 Iconic for many reasons, Toy Story (1995) sticks in most people’s minds as the real birth of computer animation on the big screen. Not only that, it really kicked off a second golden era of American mainstream animation, with Pixar going on a decade or so stretch where they could do no wrong and matching any run of Disney’s in terms of sheer brilliance. 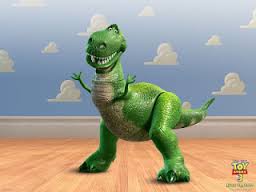 On paper, there is nothing to suggest that Toy Story had the potential to be a hit with such a broad audience. It is basically just an adventure tale involving two jealous toys, namely a cowboy and an astronaut. Maybe if it was done well the kids would dig it, but surely there is nothing there for adults. Even after re-watching the film recently, it is hard to logically tease out what makes it so appealing for an adult audience. The short answer is that it is just an exceptionally well written and made film. So are plenty of flicks that adults don’t want a bar of too. There is a certain nostalgia about the plot, everyone has dreamt about their toys coming alive when they are not around. It was a clever ploy by Pixar to combine such a classical plot with the groundbreaking new technology and it makes the film so much easier to jump right into.

Not only is the plot very traditional but the film is structured like an old school comedy. There is an odd couple and the jokes come a whole lot faster than I recall. The joke rate is quite incredible actually. Plus the film was a real innovator in putting jokes in for adults, without kids feeling like they were missing out – “Hey look, I’m Picasso” etc. You could argue that Pixar have not made another film with characters as good as this one. Indeed there are three layers of great characters, the leads Buzz & Woody, the beloved supporting cast such as Slinky Dog & Rex, and finally the peripheral characters such as the toy soldiers and the etch a sketch which add so much colour. What I don’t think is arguable is that the menacing Sid is Pixar’s best villain. Wow he is still such a foreboding and flat-out evil presence even today. I would have thought the studio would have dialled that character back a bit, but the film is better for their decision not to do so.

Everything about Toy Story is borderline perfect. The dialogue (Buzz’s deluded early patter a particular highlight), the huge cast of characters and Randy Newman’s tunes that complement the action so well. There is something more though aside from the sheen. Some form of filmmaking magic that characterises all the greatest classics of cinema and which help to make this film one of the true classics of my generation.

Related beermovie.net articles for you to check out: This poster has me excited about Pixar again and Two Very Different Animations (featuring reviews of The Jungle Book and Akira).