Trailer for your Weekend: Snowpiercer 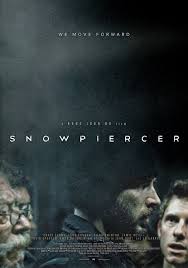 A lot of people have been hanging out for Joon-ho Bong’s English language debut Snowpiercer (2013) for quite some time now. It played to a fair bit of hype in a couple of festivals quite a while ago. But the Weinsteins have gotten their hands on the film and have been making a lot of cuts to the final version. So even though it has opened in a bunch of countries over the past six months, places like Australia and the USA are still waiting. The concept sees a train circling the world continously in a near-future apocalypse. Tis a great concept and this red band trailer makes it look like a film to catch, tapping into classical sci-fi notions of class and power struggles, rocking a quality cast and looking mad pretty to boot. Hopefully the Weinsteins have gone easy on Bong’s original vision and we can actually see the film soon as well. You guys keen as I am for this, or have you even managed to catch the film?

Related beermovie.net articles for you to check out: Trailer for your Weekend: I Origins and The Monster Mash (featuring a review of Bong’s The Host).