Hunter: For the Record 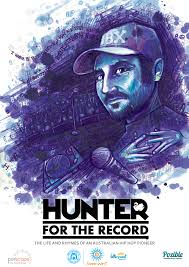 It is nice for me that my final review for 2013, a year I intended to focus more on Aussie film, is indeed an Australian film. It is even nicer because Hunter: For the Record (2012) is a low budget independent music documentary that hopefully I can do a little to publicise.

However to simply refer to the film as a music doco is to do it a fair disservice. It is that, the film focuses on Robert Hunter, a pioneer of the pre-Triple J hip-hop scene in Australia and more specifically in Perth. I would consider myself to be a fairly big fan of Australian hip-hop, and I learnt a lot from the early parts of this film about the scene back in the early to mid 90s that I never knew about. After about half an hour of the film though, Hunter reveals that he has been diagnosed with cancer, and that is where the film really begins. It remains a portrait of hip-hop culture, but more importantly becomes a portrait of a man suffering from cancer. The film shows the physical and mental evolution of someone who is dying and who is well aware of that fact, at least for the most part.  It is a massive credit to the filmmakers and all those who agreed to participate in the film that they never attempt to gloss over the man that Hunter truly was.  It is refreshing to see a portrait of an artist who is not utterly perfect and gifted. Neither does the film stretch to manufacture him into some kind of tortured soul artist as is so often the case.  Hunter was an artist like no other really. I have never seem someone who is such an incredible mix of bogan and refined artist.  This is a guy who can write fantastic hip-hop songs about being a proud dole bludger, but also the most heart wrenching love song (in hip-hop form) to his father, that will bring a tear to your eye. I think that this tribute to Hunter from a couple of his crew, sums up a lot of him beautifully:

The filmmakers were blessed with a bevy of great material from the video diaries that Hunter began to make for himself and his young son after his cancer diagnosis. Beyond that though Hunter: For the Record has been really well put together  by first time director Sam Bodhi Field. Some of the visual touches are nice, especially when a couple of tracks play with the lyrics popping up on the screen graphically. There is something distinctly poetic about the film. Not just from the rhymes of the music, but the film moves and ebbs in a way that for me is reminiscent of poetry. I think that Hunter imbues the film with so much of that as well. As well made as it is and as good as the interview participants involved are, without Robert Hunter telling so much of his story so beautifully, this is not half the film that it ends up being. There is a poetry that emerges from this complicated dude confronting his cancer diagnosis head on as he does and being so open in sharing his struggles.  As Hunter’s life winds down, he comes to a place of very insightful awareness of his failings as a man and as a father.  Not only that, he also evolves as an artist right to the end, seeing a growing refinement to his work especially lyrically, as his health declined. 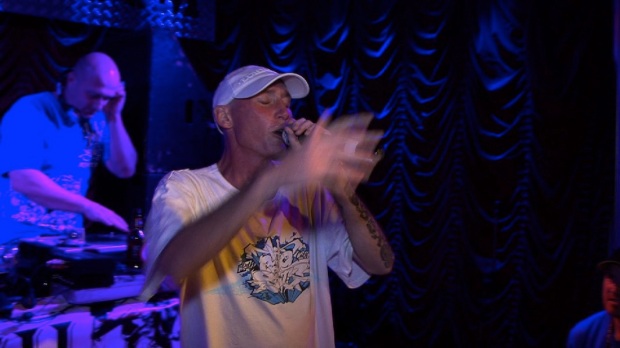 I really can’t recommend this film to you enough. Not just for hip-hop fans, the film is a real portrait of life and what it is all about. Not an easy watch, I wept a number of times during this, my second viewing. But despite what it depicts, the life affirming nature of how Robert Hunter lived his last 12 months does give the film a hint of the uplifting.

If you are keen to get your hands on the film, you can do so (DVD, Blu-ray & digital download) through the official website here.