Anchorman 2 is on a hiding to nothing 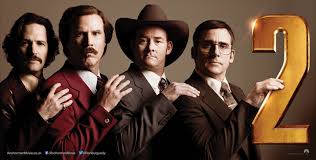 A strong argument can be made that Anchorman (2004) is the biggest cult classic of the last 20 years. A film so popular it can cannot be considered just a fringe cult classic anymore. But I think it definitely has to be considered a cult film though, because it fits in perfectly with two of the criteria for that vague term. Firstly, it was not particularly successful upon initial release. I can’t recall the exact numbers, but the box office was around $90 million. Not particularly dire, but pretty underwhelming, especially when you consider the place in pop-culture the film now holds. Secondly, people just don’t like Anchorman, they are obsessed with it. People watch it every time they have a hangover (ok that’s just me). But people have a seemingly insatiable ability to re-watch the film ad-nauseam.  I think that speaks to the brilliance inherent in the film. The mixture of script and ad-lib never gets old (if you liked it in the first place that is). As my film tastes continued to refine, as I began to study film, I kept assuming that I would grow out of my love for Anchorman. Nope, it still works exceedingly well for me. Many others too, as the Anchorman love is so vociferous that those who don’t like the film (and these people do exist) are almost scared, timidly decaling they just don’t get the hype. 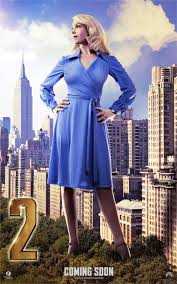 All this adds up to what I see as an almost impossible task for Anchorman 2 (2013) which opens next week in many parts of the world. From the very beginning, an in-character announcement by Will Ferrell as Ron Burgundy on the Conan show that the sequel had been green lit, the hype train has been a runaway one. This, coupled with existing expectations that could not possibly met, will most likely see a somewhat anticlimactic reception for the film. I am pretty confident in saying that Anchorman 2 will be a really well made film and probably a hilarious one too. It will most likely equal the first film in both of those aspects. Unfortunately though, that won’t be enough to win over critics (who didn’t particularly like the first one at the time) or indeed fans, who will opine that everything is better the first time.

It is not possible for a film to be as beloved as the original Anchorman straight away upon release. More than love, that film is an object of such endearment to too many people as it has slowly seeped into our lives. Anchorman 2 may do that eventually, but it will take years. I fear that people won’t be able to see the impossible expectations that have been put on the film, by themselves and by their mates who they have watched it dozens of times with. Hopefully we can see the film for what it is. No film is iconic instantly, so don’t expect Anchorman 2 to achieve that. Do expect it to be one of the better films of the year though and a hilarious, quotable ride.