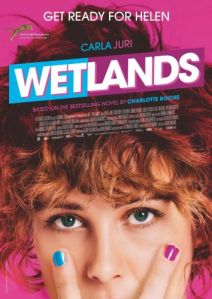 Wetlands (2013) is a film that has garnered a fair bit of notoriety over the past twelve months or so. Mainly for the fact that it is prepared to show female sexuality in a way usually reserved for male – with humour, experimentation and gross out moments. The film has also provoked some feminist commentary and criticisms for the manner in which the male director has adapted the female written source novel.

The film starts as a kinetically plotted dark comedy following Carla Juri’s Helen throughout a range of teenage escapades. It works really well as a dark comedy as well I think and is also pretty original in its execution throughout this early period. A combination of bodily fluid obsessed gross out humour and insightful teenage awakening, mashed with flashbacks that initially feel too long and too serious, but over time are integrated relatively well into the film (note – I actually missed the big climactic payoff to all of the flashbacks toward the end, because someone had fainted in the screening). Following a shaving accident, Helen finds herself in hospital for a pretty extended period of time. There is more heart and more drawing out of the film’s themes here. Though her hospital stay does also contribute to the film going on too long and as a result losing some of the kinetic energy that was so apparent early on. And unfortunately for all the boldness through much of the film, I found the ending of Wetlands almost absurdly conventional in a way which deeply detracted from my overall satisfaction with the film. 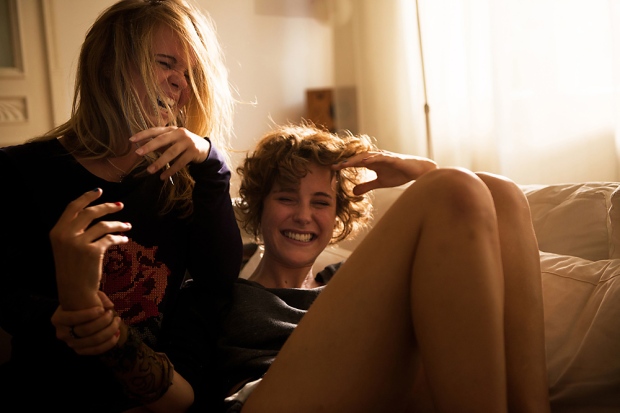 Whether or not the depictions of sexuality in the film should confront or not, the bottom line is that they do. I found it a really interesting look at a sexual awakening. A storyline usually often told totally glibly, or if more uproariously, focused on the male experience. But this is a more frank look at a female sexual awakening. I think it is good that it is presented as straightforwardly and bluntly as it is. There was plenty of nervous laughter from the audience hiding the fact, but it is good that audiences have to re-examine their engrained opinions or expectations about these things and how they are showed on screen. Thematically, I think that the best realised and focal points of the film actually have little to do with sex or sexual liberation. Helen’s obsession with the ageing process and the progression of life carrying you away is the real core of much of the film. Bound up with this is the complexity of the central character, a child of divorce. And the fact that Helen is a child of divorce is not just plonked there and expected to provide ‘depth’. It actually affects and impacts on the entire film and every character in it. Helen is a wonderful central character and if you strip away much of what is ‘sensational’ about the film, it is this character that makes it really worthwhile and worth checking out.

Verdict: Wetlands is at times uncomfortable viewing. But it is also in many ways refreshing viewing as well, not shying from many things that so many films unnecessarily are too afraid to show. Despite the woeful ending, there is a bunch of complexity and sensitivity to go along with the more salacious aspects. Stubby of Reschs

Related beermovie.net articles for you to check out: SUFF 2014: Suburban Gothic and SUFF 2014: Why Don’t You Play in Hell