December is traditionally one of my busier months in terms of watching as many recentish releases as possible, in anticipation of writing year end lists. A few early commitments meant it was a slow start, but in the end I saw a whole lot, a vast majority of which is worth checking out. Except for that one, lonely, crappy film not worth watching. 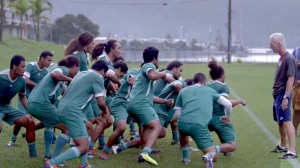 If you only have time to watch one Pride

Avoid at all costs Horrible Bosses 2

Leave a Reply to The Vern Cancel reply