CIFF 2014: The Disappearance of Eleanor Rigby: Her

It was strange to walk into the screening of The Disappearance of Eleanor Rigby: Her (2013) with a sense of anticipation, after not particularly liking The Disappearance of Eleanor Rigby: Him (2013) the night before. The anticipation was justified however as this film brings to the screen an emotional power which is lacking in Him. 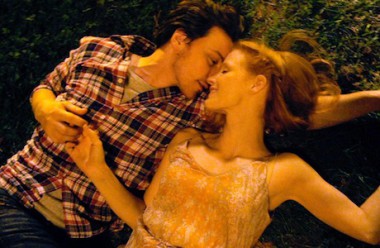 The film tells essentially the same story to the first one, in that it is the chronicle of a breakup. Broadly speaking, the films cover the same span of time, albeit through different eyes and the two characters do spend most of the films apart from one another. So whilst the headline plot is the story of a breakup, the minutiae of how they deal with and grow from that breakup is totally different. Part of the experience of watching this film (and I assume whichever you see second) is considering how it interacts with the first one. This interaction goes both ways. On one level it is difficult not to feel a touch cheated, as major plot points that were impacting on events in the first film but never revealed, suddenly see the light of day. On the other hand, it is a pretty revelatory experience, because whilst you are sitting there watching one film, you are simultaneously but not distractingly, totally reconsidering the film you saw yesterday. In sheer practical terms, for the most part the film takes a good approach to revisiting the scenes that are also in the other film. They are shot from a totally different angle or the scene appears much earlier or later in this film than in Him.

Jessica Chastain is the star here. Ever since she burst onto the screen in The Tree of Life (2011) she has impressed in a wide range of roles, Mama  (2013) being probably the only blight on her filmography. Her powerhouse turn in this film is as good as any work she has done. In all the scenes where she appears, she elevates those around her, making all the other actors do better work. McAvoy does not grate as he did in Him, primarily because the focus is more on Chastain. And you go along with every rise and fall in the emotional journey, simply by her inhabiting the character and the journey of that character, without ever feeling manipulated by the performance. Here, Nina Arianda as Eleanor’s sister, Alexis fulfils the Bill Hader role of Him, lightening the load but carrying more of the emotional weight in this film. In terms of characters, it is interesting to note that the writing and editing of each film result in the focal character being less sympathetic. In this film, you begin to question your sympathy for Chastain a little whilst coming to understand the somewhat justified frustrations of McAvoy’s character, who it was hard to sympathise with in Him. 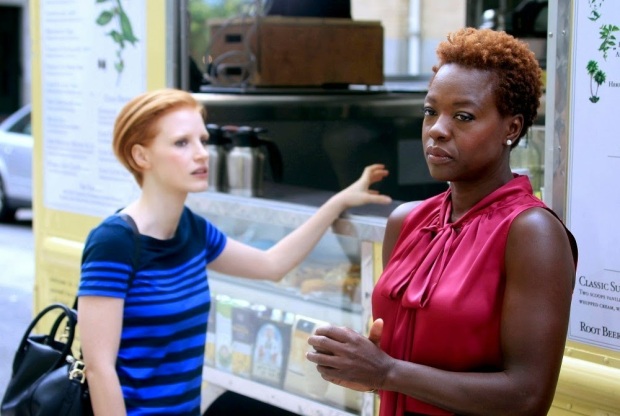 This film did benefit ever so slightly from being the one I saw second (it’s worth noting, at least according to the CIFF program, there is no ‘right’order to see them, though this is the order they played in both times). There is no doubt in my mind that it is the stronger of the two films. But in seeing it second, some of the knowledge gaps in terms of what exactly is taking place are fleshed out. You also get the payoffs that are built over the two films. So when a parent here reflects on something that another parent reflects on in the first film, you get the cumulative effect of the meaning of that (apologies that is such a vague sentence, but I needed to avoid spoilers). But as a stand-alone piece, this film succeeds in many areas that Him failed. Whereas in the first film the dialogue feels hollow, here it has depth. No doubt helped along by the fact that it is the likes of Chastain and William Hurt delivering it. Similarly, you feel the weight of what has been lost in this breakup and the swirling emotions that accompany it much more in this one. Overall you can see why the Them cut would probably not work, the two films are clearly designed and function well as totally separate but complimentary works. It is a thought provoking way to see the story and writer-director Ned Benson clearly likes pushing those buttons. He chooses (I am almost certain anyway) to script the same scenes slightly differently in the two films. It is intriguing as to why this decision is made and it is something I will certainly focus on when I revisit the films for a second time.

Verdict: The Disappearance of Eleanor Rigby: Her is so good that I can happily recommend it as a stand-alone experience. The best way to experience this story though is to see both films in quick succession, even though I was not a fan of Him. Part of the attraction is seeing the novelty of how these two films interact with one another. That is only part of the attraction with this one though, as Chastain takes you on a journey with all the emotional punch that was so missing from the other film in this duo. Pint of Kilkenny

Related beermovie.net articles for you to check out: CIFF 2014: The Disappearance of Eleanor Rigby: Him and CIFF 2014: Kebab and Horoscope.