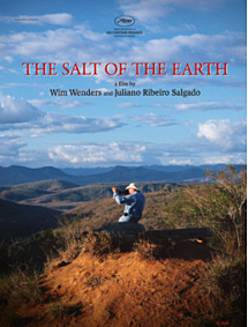 The words Wim Wenders and documentary in the same sentence are enough to get many a film fan all worked up. Such is the case with me, hence The Salt of the Earth (2014), the German director’s profile of iconic photographer Sebastiao Salgado, was toward the top of my ‘must see’ list when the CIFF program was announced.

Excitement went from pretty high to bursting out of the cinema when the film kicked off with a Werner Herzog-esque voiceover from Wenders. The early focus of the film is rather philosophical. Or moreover, a discussion of the philosophical and sociological reflection that a single photo can lead to and how the artform functions as a form of “painting with light”. Whilst the film goes a number of different places, the very best parts focus on this idea. Wenders comes up with a creative way of delivering these reflections from Salgado. First showing the photo, then superimposing the photographer’s weathered face over the top as he talks about the image, where and when it was taken, as well as what it taught him about humanity. 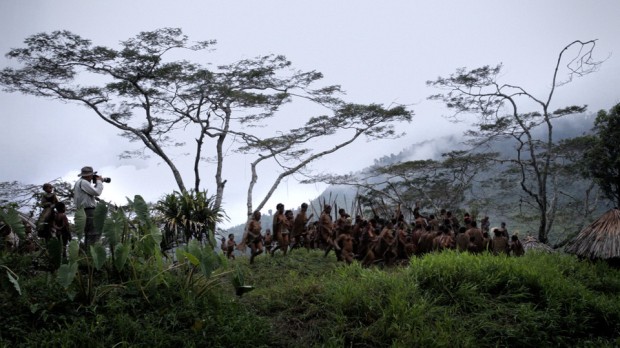 Salgado at work in West Papua

Salgado’s son Juliano Ribeiro co-directed the film and unfortunately the elements of it that he is predominately responsible for, are a level below those that Wenders delivers. Which is not to say the personal journey of a son attempting to understand who the hell his dad, a man who was absent for huge amounts of his childhood, really was is unworthy of screen time. The issue is that these sections feel like they belong in a different film, not in this examination of the power of photography and one person’s body of work.

Some of the work that Salgado did in his career did not simply lead to a philosophical pondering, it led to a philosophical reckoning – both for the photographer himself and also the world more broadly. You can see why too, because the work presented in the film is some of the most beautiful and utterly confronting that I have ever seen. Salgado’s work in Africa, focused in on extensively in the film, are iconic images which truly shock. It is striking how these stills, when we are supposedly so used to confronting images that their impact is dulled, still cut through all that and communicate not just their obvious sadness, but also that they are solid proof of just how wrong the path the world has gone on is. All of these pictures also speak to the focus on people that characterise pretty much all of Salgado’s work, which is what got Wenders interested in the artist long before he intended on making a film of his life.

Wenders and Salgado in conversation

Wenders is one of those directors who can put something of his ‘auteur’ stamp on documentary material.  It is not just the way in which he superimposes Salgado’s face with his images. He also flits the film back and forth between black & white, and colour – the former for when the film is reminiscing, the latter for sequences set in the present. The film is also a personal interrogation of the material on display by Wenders, his curiosity leading the film down interesting path after interesting path.

Verdict: When focusing on Salgado and the power of his work, this is an all-star film, as good and creative as documentaries get. The more personal aspects delivered are less universally fascinating. But they barely detract from this portrait of a portrait-taker, truth-shower and philosopher in the guise of photographer. Pint of Kilkenny

Related beermovie.net articles for you to check out: CIFF 2014: Jauja and CIFF 2014: The Captive.