Cactus (2008) suffered the fate of many (actually probably most) contemporary Australian films. It received a bit of  press at the time of release, reviews in most quarters, a quick cinematic release and then disappeared from view relatively quickly. At least that is how I recall it going down.

The film jumps straight into the action, filling in absolutely no backstory. And it works too with the opening sequence being one of the film’s most successful. We see a man enter into another’s house, beat him up, drug him and bundle him into the boot of an old car. This is all done essentially in silence, save for the odd grunt of effort. The car is started, we see an extreme close-up of the odometer ticking over, and we are away. The entire thing tears you out of your seat and plonks you straight in the world of the film. The car makes its way out through the city, through the ever-changing Australian countryside, from lush valleys into eventually into what is essentially desert. Much of these early travelling shots are shot quite nicely from a ‘first person’ point of view. Eventually, as the film travels along, we learn more about what is taking place. More, but never near everything. The kidnapper is a man hard up for cash, trying to save his family with this big money, out of character job. His victim is in trouble with the two men that he is being taken to. Who these men are and the nature of the trouble are never revealed, though it is heavily hinted to be gambling related. The film is uniquely Australian. Much of the Ford vs Holden shtick throughout would probably be lost on overseas viewers, whilst the film adoringly takes in much of the countryside that makes Australia so unique. The central story though and its sorta road movie delivery, is definitely more universal. 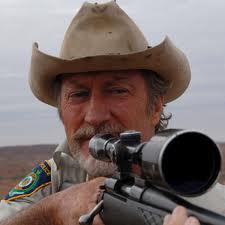 The ending of the film I think is distinctly flawed, taking on a somewhat strange, ‘pulpy’ revenge bent that is hard to buy given what has taken place over the preceding 80 or so minutes. It is almost a curse when a film builds up so much anticipation of just how the story is going to be tied up, that it is really difficult to satisfactorily conclude what has occurred. Part of the issue is that it was always going to be necessary to expand on the taut, minimalist world that the film had created. It would be a bold film indeed to follow just two pretty silent blokes in a car right to the end.  Aside from the two main characters, the supporting roles are very minor. It is a little bit of a shame really because they are populated with really good actors who manage to engage a lot in the short time they are onscreen. Bryan Brown, Shane Jacobsen and Daniel Krige all excel in bringing their barely written characters to life. I think in the end it does hurt the film a little when one of them (or two, or even three depending on how you want to look at it) come back to play quite a large role in the film’s ending. It would have been richer had there been more depth and time onscreen to explore these three characters. Plus it just would have been nice to see more of the fantastic country cop that the legendary Bryan Brown crafts in his very short screentime.

The two lead performances are very good though. Travis McMahon as John, a silent, ‘man with no name’ type (anti)hero is excellent. You can see the mental strain his job is taking on him, not helped by his victim continually trying (and often succeeding to get inside his head). John definitely gains a measure of revenge at one point though, when in a quite hilarious scene, he employs torture by Wiggles tunes (for those that don’t know, The Wiggles are an iconic, bright skivvy clad, Australian children’s music group). Probably the best performance of the film does come from his victim Eli though. David Lyons is really good in the role, as a smooth talking and cerebral bloke, smug and overly proud of what he has achieved in life, the money he has cheated his way into and the women he has bed along the way. It’s not all bluster though, because in his character’s lower moments, Lyons is able to convey the sheer shittiness of his situation and the fear of the unknown that he is hurtling towards. These two, thanks to the script as well as their very good performances, build up a really quite cool psychological relationship with plenty of back and forth and a power dynamic that continues to shift til the very end.

These two and that car are basically the principal cast of Cactus. All three are really good.

Despite my misgivings, Cactus is a cool, highly original film that I would definitely recommend checking out. It never reaches dizzying heights, but thanks to its impressive cast, dry sense of humour and pretty countryside it does manage to be worth your time.