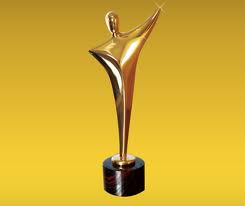 I really do not get into the film awards season. The Golden Globes and Oscars hold next to no interest for me, for a couple of reasons. For starters, being in Australia, I have often not had the chance to see the films nominated. Secondly, and more importantly, rarely if ever do these awards ever reflect thought on the part of those responsible for deciding upon them. Generally, a few films are decided upon, and they get nominated for everything, which frustrates me enormously. An average film can have elements that are awards worthy. Phenomenal performances show up in films that are perhaps not ‘best picture’ worthy. But these situations are never recognised. If I take an interest in any international awards, it is the various guild awards, and even then I only really take note of the awards given in that guild’s profession.

Last year, the Australian industry awards went through a pretty extensive rebranding, with the former AFI awards becoming the AACTA awards.  I thought it was a bold move and the powers that be are clearly aiming for a BAFTA type reputation to slowly build. But more than that, what really impressed me was that there appeared to be thought into who actually won. Kriv Stenders Red Dog (2011) was a worthy winner of Best Picture. Yet it did not win any other awards, which I think makes sense. The performances were ok, but not at the core of the film. None of the elements were hugely standout, but the voters recognised that the film was deserving of the top gong. The nominees for this year’s awards suggest that the thought has continued, which is fantastic to see (having made all of those criticisms, I think one film is worthy of the ‘top’ 3 awards this year).

So, here is my preview for the 2nd annual AACTA awards, taking place on the 30th of January. Please note I have focused solely on the feature film awards, not the short, doco or TV categories. I have not seen all of the films, but have seen enough to feel I can give my opinion on I think will win, and who I think should win.

Former Australian Idol contestant (winner maybe?) Jessica Mauboy really impressed me with her turn in the Aussie Aboriginal soul group in Vietnam pic The Sapphires. Her acting was believable and impressive, whilst her voice knocked it out of the park in the songs. I am pretty confident she will get the nod for this one too.

Jessica Mauboy in The Sapphires

It is great to see Gary Waddell get a nod for The King is Dead!, a pretty original if not 100% successful film. His was an excellent performance and his nomination shows that again, those behind the AACTAs are really thinking about the nominees. Ryan Corr though was side-splittingly hilarious in the Ryan Kwanteen starring Not Suitable for Children. I really hope he wins, but acting awards rarely go to comedy performances. As such, Starr’s more serious turn, itself a pretty good performance, will get the nod here I think. 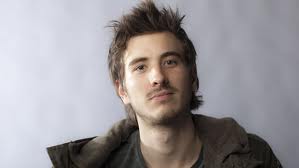 I am pretty sure that Deborah Mailman will take this one out, and it is definitely deserved because she was fantastic in The Sapphires. But seeing these nominations reminds me just how fantastic the acting was in Not Suitable for Children and Sarah Snook was a massive part of that. But like I have already said, comedy performances rarely get the nod in acting awards. And Mailman is a very popular vet of the Aussie scene, so would be a deserving winner if she gets it.

O’Dowd was really good in The Sapphires, but for me his was too peripheral a role to take a best lead gong. That, and Matthew Goode, was utterly stunning in his portrayal of a grieving single father (just thinking about it, it is an absolute travesty that Bojana Novakovic did not get nominated for her role as his late wife, the best female performance of the year). If there is any justice than he will win. I think Edgerton takes it though. I don’t mean for this to sound disparaging in the least, but the Edgerton brothers are real darlings of the Aus scene. That, coupled with Joel’s really good performance (this is a really strong field, though I haven’t seen the Pearce film) will get him over the line I think.

Sassy soul group in Vietnam gives a costume designer a lot to work with. Tess Schofield really runs with it, nailing both the military and entertainment side of things.

Some of the spectacular costume design in The Sapphires

See above basically – sassy soul group in Vietnam. But it still takes a hell of a lot of fantastic work to make that seem real. And Doring definitely delivers.

Ok I’ll be honest, this is the only category where I have seen less than 2 of the nominated films. But I feel comfortable in putting Zingales and Ma forward as worthy winners. The party heavy narrative of Not Suitable for Children lends itself to a cracking score, and theirs makes you feel like you’re partying in the inner west of Sydney.

Ok I’m starting to repeat myself here, but soul group in Vietnam anyone??? Their work is fantastic on this one, making the combat sequences and the soul sequences sound equally impressive.

The Sapphires in action

Non-linear storylines always bring out the best in editors and the work of Connor for Burning Man and Ballantine for Wish You Were Here is of an incredibly high standard. The first half hour of my pick though is a phenomenal balance of giving the audience just enough of a narrative thread to get them by, as well as enabling the strands to be referred back to at the end and for that, it gets my pick. I think the AACTA folk will agree too.

Director of my favourite Australian film of all time Samson and Delilah, Warwick Thornton did an exceptional job on the Vietnam set The Sapphires so will be a deserving winner if he takes it out. I actually did not particularly love Wish You Were Here, but there is no denying how stunning it looked, both in the Cambodia set sections, and the Sydney set ones, so I hope that Jules O’Loughlin gets the win for this one. 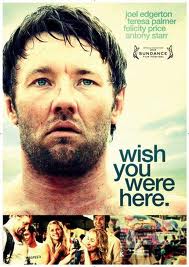 Poster for Wish You Were Here, which is up for a whole bunch of gongs

I lied before. I have only seen one nominee in this category too. Not to be rude, but I personally do not think that there should be a category with less than four nominees. If there are not four worthy nominees, then I think do not give an award in that category for that year. Having said that, The Sapphires is a worthy winner for this award, a cracking script that really brings to life a piece of Aussie sorta-history in a crowd pleasing way.

It is very hard to write a quality comedy screenplay, so I wouldn’t half mind seeing Lucas take this one out, because Not Suitable for Children featured an excellent script. But Teplitzky’s heart wrenching, autobiographical work, based on his real life experience of losing his wife, is an incredibly piece of writing. Both incredibly personal and universal at the same time it is a pretty clear standout for me.

The cast and crew of Burning Man, including Teplitzky second from right

For me, Teplitzky is again the standout in this category. Unfortunately I have not seen Lore, but I think that both Blair and Darcy-Smith have very strong cases in the ‘will win’ view of things here. Ultimately though, I think Teplitzky will be awarded for his bravery in approaching what must have been a very difficult film to make. Not only would it have been difficult from a personal perspective, but it is not necessarily an easy film to shoot either. He controls it beautifully, choosing visual flair at times, whilst letting his fantastic cast carry the simple images at others. And I don’t think the voters will look past him for the award either, though Darcy-Smith’s effort as a first time director is pretty impressive and may well be awarded.

The fantastic Jonathan Teplitzky at work

No surprises here. Just to put it in context, had I seen it in time, Burning Man would have been my number 2 film worldwide in 2011, behind only The Tree of Life which is in my top 5 of all time and ahead of Drive which I adore. It is a genuinely great film. Not an easy watch, but if you are into really fantastic works of drama, that make you feel a hell of a lot, then check out that film. Having said all that, I think that The Sapphires will take this out and I don’t particularly have an issue with that. The Academy showed their hand with a somewhat populist choice last year, and I think we will see the same again this year, though to be honest, I would not be surprised to see any one of the nominees win this award.

Poster for definitely my Australian film of the year – Burning Man

Sorry, this turned out to be far longer than expected, so thanks for reading all the way through. I hope it has been an interesting read and I encourage you to check out any of the nominated films and see some highly regarded Aussie cinema. According to me the big winners on the night (i.e. the ‘will win’s’) will be The Sapphires with 8 awards, Wish You Were Here with 3 and Burning Man with 2. As for who I think should be partying hardest, if in an ideal world these were the BMAACTAs (Beer Movie AACTAs), it would be The Sapphires with 6, my beloved Burning Man with 4 and Not Suitable for Children with 3.

If you are based in Australia, be sure to tune in to Channel 10 on 30 January at 9:30pm. Tis great to see the awards on a commercial station and hopefully the show gets the respect it deserves. Awesome to see our Russell Crowe has stepped up on short notice to host as well, after the original host had to pull out because of scheduling difficulties.