The Year: 1962
The Director: Terence Young
The Bond: Sean Connery
The Girl: Ursula Andress as Honey Ryder
The Baddie: The titular Dr No & his crazyarse metal hands
The Scene: 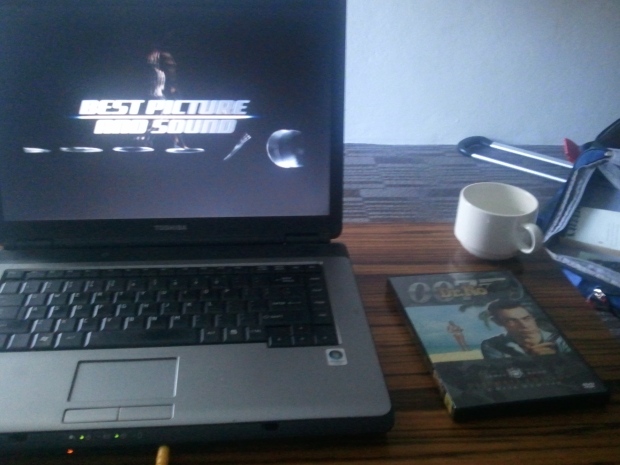 Started Dr No in my Sydney hotel room. Unfortunately in a somewhat hungover state.

Whilst not Ian Fleming’s first James Bond novel, Dr No was the first to be adapted for the big screen. The result is a strong entry in the series that established many, but not all, of the iconic elements that would come to define the series over the next 50 years. Here is the gunshot start, but not the bombastic vocal theme song. The villainous lair is here, but Q’s bag of gadgetry is not on the scene as yet. The rest of the iconography would gradually be bedded down over the next few films. 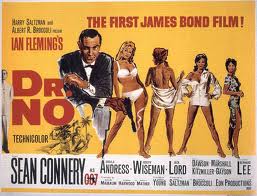 The storyline of the film is basically that Dr No wishes to more or less take over the world. He works for the evil organisation SPECTRE, with whom our Jimmy will have numerous run-ins with, especially throughout the early entries into the series. The character of Bond in this first film is an interesting one. For much of the film he is not the lone, ‘man apart’ figure that crops up in many later films. Especially through the early parts he is a team player, working with the local police chief, the CIA’s top man Felix Leiter and local fisherman Quarrel to try and solve the mysterious death of British operative Strangways. The first half of the film is more mystery flick than spy thriller, as Bond works his way around the island of Jamaica gathering clues and following up leads, which is great fun. The last 45 minutes sees the action shift to Dr No’s island where we see Ursula Andress make her famous entrance onto the screen. Has there been a more iconic first appearance by a character in film history? I doubt it. This is a cracking part of the film. The island is a great setting, as Bond, Andress’s Honey Ryder and Quarrel make their way through thick jungle by wading through the river. When they are captured and taken to No’s lair, the impressive set design takes over. The lair has become a bit of a cliché, thanks essentially solely to the Bond films. But there is a care and creativity to the design of this one that is impressive, some of it even bordering on the surrealist. 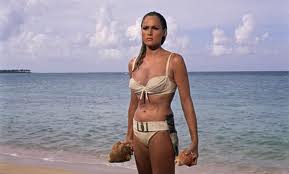 Bond films, whilst understandably not every film fan’s cup of tea, have always been well made. While I was only watching a DVD copy of Dr No, it still looks so sharp all these years on, with excellent cinematography. Sean Connery definitely has the physical presence to play Bond well, but in addition to that he is also a very good actor. He is believable, delivers lines well (helped here by a script that leaves cringeworthy one-liners to a minimum) and even shows the occasional, tiniest glimpses of vulnerability. Also great in a small role is Bernard Lee as M, with him and Connery’s Bond showing an immediate onscreen rapport that the two would build on in ensuing films. I touched on the script briefly, but I will mention it again. It is a very good one with a deftness and lightness of touch that is present in all of the best James Bond films. A lightness of touch that occasionally gets warped into pastiche in some of the lesser series efforts. There is also darkness here though, it is easy to look back on these early Bond efforts and forget that it is present. Late in the film Honey relates the tale of how she was raped when younger. She takes pride in the fact that she killed the perpetrator with a deadly spider, and is pleased that it took him a week to die. Pretty much straight after that Quarrel, a character that the audience has come to love, is burnt alive.

Dr No is a great start to the Bond series. It is not perfect, the first half of the film becomes a little repetitive with the endless attempts on Bond’s life and the action sequences would be tightened as the series progressed. But there is so much to love about this film and it is great to see where it all started, in this one of the stronger Bond films.