Ryan Reynolds is not a guy seen all that often on the festival circuit, however director Atom Egoyan’s Canadian thriller The Captive sees the former heartthrob on the CIFF program.

The film is rather a left of field choice for such a program really. It is the kind of thriller film that you see a few of each year, but generally in the multiplex rather than on an international film festival program. Which is not intended as a criticism because it is important to mix up as big a program as this, you can have too many European dramas you know. Nothing sets the scene of a thriller quite like snow, and there is plenty of that to go around in the film’s frigid Canadian surrounds. Reynolds plays a man whose daughter Cassandra went missing seven years ago, after he left her in his ute while he raced into a store. The event understandably leaves him wracked with guilt which is exacerbated by his wife’s inability to forgive his horrific mistake. This is not a thriller centred on a ‘whodunnit’ question ramping up the tension. Egoyan reveals the villain from the very start, shifting from a question of who took the girl, to will they get caught? Working the other side of things are two cops from a paedophilia busting unit, played by Rosario Dawson and Scott Speedman. There is perhaps a sub-plot or set of characters too many in the film, as it is a little overextended. It is best when more narratively taut and the second half feels especially flabby. To be frank, much of The Captive is pretty stock standard thriller territory, though it is handled well and the topical nature of the disappearance (the young girl is eventually used to trick even younger girls into child pornography rings) feels relevant enough. The film is also attempting to tap into recent publicity of cases such as Josef Fritzl and similar cases in the States, though the result is to amp up the tension and stakes of the film, rather than to make any great statement on the nature of such crimes. 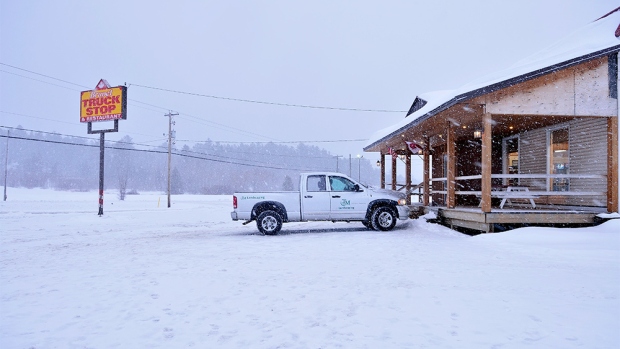 The start of the film is quite measured as all the thriller elements are dropped around as it builds to the big moments.  The first of which, the stealing of Cassandra, is one of the best delivered, utterly chilling even though we don’t actually see the act take place. Nothing in the film matches this early snatching for a thriller highlight and the ending, which should be the tensest part, is let down by the film not building as it should to the climactic moment. The film starts fractured, flitting back and forth between the current day and the time when the young girl was stolen. Initially this is quite frustrating and seemingly unnecessary. But gradually the narrative gets into a steady back and forth rhythm, making it a lot easier to follow what is happening. Reflecting on The Captive, it is surprising that parts of the story do not play sillier than they do in practice. This is down to a number of assured elements, especially the slick cast. Scott Speedman was very impressive as the ‘cowboy detective’, showcasing the intensity that you would expect from a cop who sees the most heinous abuse on a daily basis. The scene of him being exposed to the type of material he will have to deal with in his new gig, is a really great piece of acing, delivered only using his face. Even Kevin Durand, as a preening moustache twisting villain with make up making him look far older than usual, does not come off as too unbelievable. He definitely threatens to overdo it at some points, but if he distracts you out of the world of the film, it is only briefly. The only technical aspect of the film that really lets it down is the soundtrack. Overly intrusive and generic, it is omnipresent and borderline ruins some of the film’s best moments. A soundtrack should compliment not distract, but unfortunately this one does the latter.

Verdict: The Captive is relatively mainstream thriller territory, making it a slightly strange but refreshing inclusion on a festival program. Coolly creepy and well acted, the film manages to overcome the dire and intrusive soundtrack to hit the mark. At times, the film is so chilling it cuts right to the bone. Stubby of Reschs

Related beermovie.net articles for you to check out: CIFF 2014: Jauja and CIFF 2014:We Come as Friends.