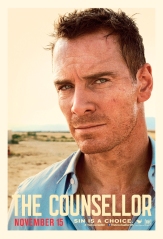 Nothing that is, except that the Arc Cinema at the National Film and Sound Archive brought To The Wonder (2012) to the big screen here in Canberra. I have no real idea why Terrence Malick’s latest film was given essentially no cinematic release here in Australia. But given I consider Tree of Life (2011) one of my top 5 favourite films of all time, this was worth heading out of the house for. 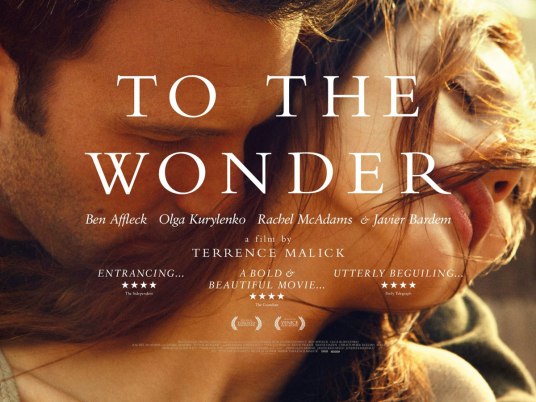 There are plenty of critics of To the Wonder who would suggest that this was not time well spent. I am not amongst them. Mark me down in the minority who love this film and who believe it is an honourable entry into one of screen history’s more remarkable bodies of work. I actually think that the narrative of this film is more straightforward than most of Malick’s work. It is a love story, the peaks and troughs of love and passion. Furthermore this narrative is brought to life relatively simply, so that it is easy to follow. Don’t get me wrong, the presentation is slow (some would say laborious) and unorthodox (except for Malick), but the telling, the central thread, is simple enough. Characters played by Ben Affleck and Olga Kurylenko (Neil and Marina the credits tell us, but I don’t recall that coming up in the actual film) fall in and out of love. That is it. In some ways much of the film is incredibly schmaltzy, but told in the unschmaltziest way imaginable. In the end it strikes the nuance that occurs in real life. Feelings are not just torn in two. There is not just love or just hate between two people. But the two feelings fighting and scratching against each other.

If you have ever watched and enjoyed a Terrence Malick film, you know the kind of visual splendour you are in for with this film. However here he brings some decidedly different images. It is not a simple examination of natural or rural environs. The incredible imagery covers a lot of ground – cities, towns, ranches and a focus on mining. These images are used to examine the effect that all of these aspects of society have on the environment around them. In a way, just as frightening as the snarling mining equipment is the house that Neil and Marina live in, right on the edge of the urban sprawl. A lone outpost of suburbia, the interim space between the rural and the urban. But soon to be joined by innumerable other ‘little boxes all the same’. One last note on the visual side of things, I was lucky enough that the Arc cinema has 4K digital projection and it was the sharpest I can recall a film looking. Stunning projection. 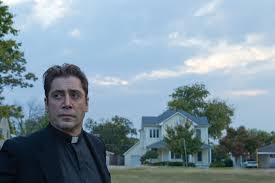 In terms of performances, it is Olga Kurylenko who carries the film. Affleck is there, and he is good. But his is a secondary role, not submissive but kept intentionally quiet and distant. Kurylenko though is very good in the difficult role of a woman struggling to find her place in a relationship, let alone the world. Thematically the film covers a lot of ground. At its heart it is about the transformative power of someone new in your life. Even if the initial jolt of change that person brings cannot be entirely sustained, it does not mean you have not been changed forever.  At heart, no matter where the film goes, I think the opening reveals Malick to be a real romantic. Above all, he is a believer in the redemptive power of love. Perhaps the most ponderous aspect of the film is the role of the local priest played by Javier Bardem and that of faith more broadly. His is a character that almost exists on the fringes of the film. He visits the poorer parts of the local community, attempting to minister his good word. He does not appear very successful. It is apt that he is on the fringes of sorts, as the overwhelming sense you get from the character is that he is ultimately a very lonely one. He never entirely integrates into the narrative just as he has never fully integrated anyone else into his confidence. The role that this character plays in the film is one of the aspects of it that I will be most keen to take another look at when I next check the film out. To the Wonder is a film that you do have to actively watch, but not in a way that makes it a chore. You just have to be on guard, as oftentimes fleeting scenes and images are some of the most important or emotive of the whole film.

Like all Terrence Malick films, To the Wonder will require repeat viewings to garner all of its meaning. But the first viewing for me was an extremely enjoyable one, and like all of the great director’s films, for me it was an almost transcendent one. Malick has the power to make me deeply think like no one else working today. All the while putting some of the most awe-inspiring images that you will ever see in a cinema right there in front of me.

Trailer for your Weekend: Skyfall Teaser

The James Bond films have managed to build up such iconic images over the year. Like this one.

After the appearance of James Bond at the Olympic games opening ceremony, a new trailer has been released for the forthcoming Bond Flick Skyfall. The new trailer is cool, but  for me veers dangerously into giving too much away territory. So I thought this week I would revisit the teaser released a little while ago. I am a huge James Bond fan, and this teaser has me insanely excited for the new flick. I think the word association thing is killer, and it gives an idea of the film’s tone but gives basically nothing away. And I still can’t wait to see what a James Bond film directed by Sam Mendes looks like. Check it out.